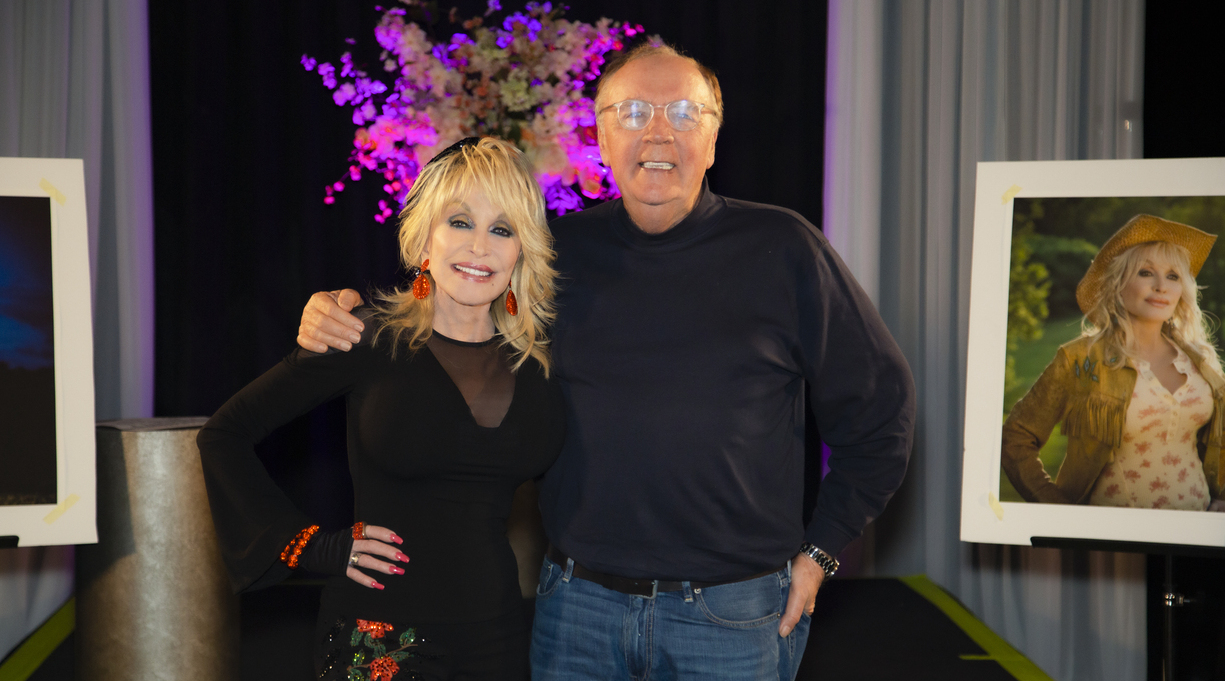 “We were both million-to-one shots,” says James Patterson, reflecting on his collaboration with Dolly Parton on a Zoom call from his home in Florida. “She came from the hills of Tennessee with 12 kids in the family; I came from Newburgh, New York, where my father grew up in a poorhouse. So the odds against us doing whatever the hell we’ve done were high.”

Maybe so. But now he is 74 and she is 76, both are at the top of their professions, and the collaboration between the two has spawned a novel, a country-music album, a fully cast audiobook, and, soon, a movie. Run, Rose, Run (Little, Brown, March 7) is something any fool would put their money on.

The novel’s protagonist, Annie Lee Keyes, is a country-music prodigy (there’s Dolly’s know-how) on the run from mysterious violence and danger (Patterson’s specialty). She hitchhikes to Nashville with nothing but the jeans she’s wearing and borrows a guitar to play an open mic at a club called the Cat’s Paw. Lucky for her, Ethan Blake—a heartbreakingly handsome, guitar-playing Iraq vet with connections to retired country music megastar Ruthanna Ryder—is in the audience. Will Annie Lee ascend to stardom before her past comes to eat her alive? Will Ethan get a chance to bust out his military driving and hand-to-hand combat moves along the way? Is Ruthanna really retired? As our reviewer puts it, “The fairy-tale characters and details of the country-music scene are so much fun you won’t mind the silly plot.”

Run, Rose, Run began with an impulsive phone call to Nashville. “I just call people up when I want to talk to them,” Patterson explains. It worked with Bill Clinton, now a close friend with whom the author has written two books, and it worked with Dolly, as well.

“I got through to her manager, Danny. He checked with Dolly and got right back to me. He told me she said she wasn’t sure what she would bring to the party but she reads a lot and has always been interested in writing. If you want to come down, she said, come on down.”

As a Vanderbilt grad, Patterson was more than happy to return to the Tennessee capital. There, Dolly and he talked for hours, quickly realizing it was a match. In fact, they get along so well that a recent television interviewer made Patterson blush by asking whether the two might have been a thing if they’d met when they were younger. “I had to prepare my wife for that one,” he reports sheepishly. “But Dolly and I are too old to cause trouble.”

But not too old to write a bestseller in nothing flat.

“My grandmother used to say, ‘hungry dogs run faster,’ ” comments Patterson. “And Dolly and I are hungry dogs.”

As hard as that is to picture, it must be true. Two days after Patterson sent her a rough outline, Dolly sent back extensive notes about things that might make the story more credible as well as seven songs for the songwriter characters to claim.

“The best way I was helpful to James was to give him insight on the inner workings of the business,” she explained, checking around with old friends to make sure the industry details and Nashville specifics would check out.

And to further boost that authenticity, the fictional hit songs of Annie Lee, Ruthanna, and Ethan are turning into real-world ones. In January, “Big Dreams and Faded Jeans” became the first single released from the album that came out alongside the book last week. In the story, that’s the song Ruthanna wrote coming up, the one that made her a star, now a big hit everyone knows.

“Dolly and I joke that these days, for old folks like us, it’s more like big jeans and faded dreams,” Patterson quips.

Well, not exactly. The pair just had the dream job of interviewing producers for the honor of making Run, Rose, Run into a movie. “We had 70 offers,” says Patterson. “We Zoomed the final six. It’s come down to Spielberg versus Reese Witherspoon.” Too bad for Ron Howard, J.J. Abrams, Graham King, and the rest.

The movie will be the first time we hear the songs as Dolly imagined them, sung by the characters as the plot unfurls. In the book, when Annie Lee jumps on stage at the Cat’s Paw, you can read the lyrics; on the audiobook, they are read aloud; on the album, it’s the songs without the story. What makes the movie project even more exciting is that Dolly has agreed to play Ruthanna. “She’s a great actress,” Patterson says, and anyone who’s seen 9 to 5 or Steel Magnolias will agree.

“I wanted to play Ethan Blake,” Patterson jokes ruefully, “but no way. OK, I said, how about Jack [Ruthanna’s manager]? Dolly had to break it to me. Based on my acting ability, not even Jack.” Although Patterson informed her that he sang in his church choir as a boy, she’s nixed his singing, too.

Marion Winik is the author of The Big Book of the Dead and other titles.