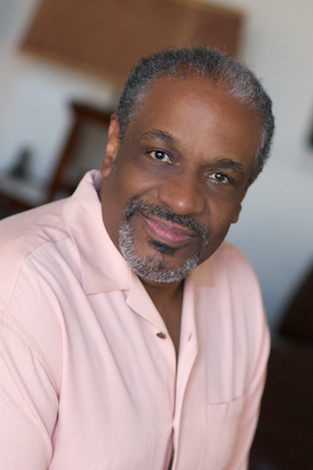 There’s an expectation you have when reading a book by Christopher Paul Curtis. He tells a fictional story rooted in history, and the expectation is that he’ll bring depth, emotion and relevance to bear in a timeline that might otherwise be regarded two-dimensionally. His Elijah of Buxton put a spotlight Buxton, Canada, and the first child born free in a town settled by former slaves. Like any enthusiastic writer fully entrenched in the lives of his characters, Curtis didn’t want to bid adieu to Elijah. Rather than revisit the character with a hard sequel, he’s publishing The Madman of Piney Woods. It is 40 years later, and Elijah is on the periphery of an adventure story centered on two boys, two monsters and one point in history replete with Curtis’ signature heart, historical accuracy and vivid imagery.

Madman is a dual narrative told from the perspectives of 13-year-olds Benji and Red. Benji, an aspiring journalist, is the eldest of three African-Canadian children growing up in Buxton. Red, a descendant of Irish immigrants, is an intellectual living in nearby Chatham with his father and tyrannical Grandmother O’Toole, who is more abrasive than affectionate. The boys, who don’t meet (and then forge an unlikely friendship) until chapter 22, weren’t intended to share narrative responsibility.

“When I started writing the book, I really wanted it to be about the echoes of violence and of slavery,” says Curtis. “I started writing it just as a book for Benji—Benji was the only narrator. And then during research, I found out about the coffin ships from Ireland and of the hell that so many Irish people went through once they got to the United States and to Canada….And as I got hold of Red, then I started to become more interested in what he is. And I thought about his upbringing and of his grandmother and what she would be.”

What she would be is someone frightening, volatile and monstrous. Diminutive in stature, her colossal threat to the physical and mental well-being of Red keeps him flinching (he’s on the receiving end of plenty of her smacks and wallops). Her spitting insults at townsfolk against whom she holds longstanding grudges only exacerbate his anxiety and frustration with her. She is a survivor of the coffin ships (quarantined ships of Irish immigrants) and, as it is eventually revealed, witnessed the deaths of most of her family to plague and famine and to the bigotry toward Irish immigrants in North America. Even still, Red is terrified of her and would like nothing more than to have her institutionalized. As far as he’s concerned, she’s a monster in plain sight.

There’s a hidden monster too, one with whom both boys are familiar before they even meet: the Madman. Some say he has snakes for hair, others say he is 8 feet tall and shackled in gold chains. Everyone agrees that he’s a loner, choosing seclusion in the woods over the social center of town. His past is at first a mystery and, when confessed, is not dissimilar from Grandmother O’Toole’s in its brutality and heartache. And yet, the Madman isn’t the mythical monster he’s made out to be at all. He is kind, gentle and calm.

“It boils down to both of them [Grandmother O’Toole and the Madman] are suffering from post-traumatic stress,” says Curtis. “Different people are exposed to different situations and react in different ways. And Grandmother O’Toole became bitter and angry about the things that she was exposed to, while the Madman of Piney Woods became more introspective. You can learn from the situation or you can let it destroy you. As I’ve gotten older, I see that a lot of times, people who go through these horrible situations, some of the time these people learn from the situation how to treat other people, and they become much like whatever was oppressing them. And on the other hand, sometimes people go through these situations and you learn forgiveness from it.”

Here Curtis references Nelson Mandela, someone from whom one might expect bitterness. But Mandela decided to end a cycle of negativity, to work toward reconciliation and forgiveness. Fear not, though: The Madman of Piney Woods isn’t a didactic read. The lesson of reconciliation and an illustration of the commonalities that bind us all are subtly revealed in a coming-of-age adventure story. The pages aren’t annals of stark lessons and forced ideals; they’re stocked with a hearty story and a glimpse of history to be savored.

“History books are one thing, and they by na

ture have to be—I don’t want to say bland, but there can’t be much of the human emotion in it,” says Curtis. “It’s supposed to be a retelling of things as they are even though it’s all for naught. It’s always biased in one way or the other. In its purest form, it’s supposed to be a recitation of facts. When I’m telling the story from the point of view of a little girl or a little boy, then emotion can come into play, and you can look at a situation and understand the impact that it has on people and on their emotions.” In other words, writing a fictionalized account gives a writer the opportunity to present different depths and perspectives that aren’t prevalent in Dewey Decimal’s 900 section.

Benji is a keen observer, as you’d expect from a burgeoning journalist. A recurring gimmick throughout the book is his often comical headlines in response to his own predicaments, likeThe Best-Laid Plans of Mice and Men Might Go Wrong, But a Well-Thought-Out Scheme Never Does. I ask Curtis what Benji’s headline for Madman would be.

Gordon West is a writer and illustrator in Brooklyn. He is at work on a teen novel and a picture book.