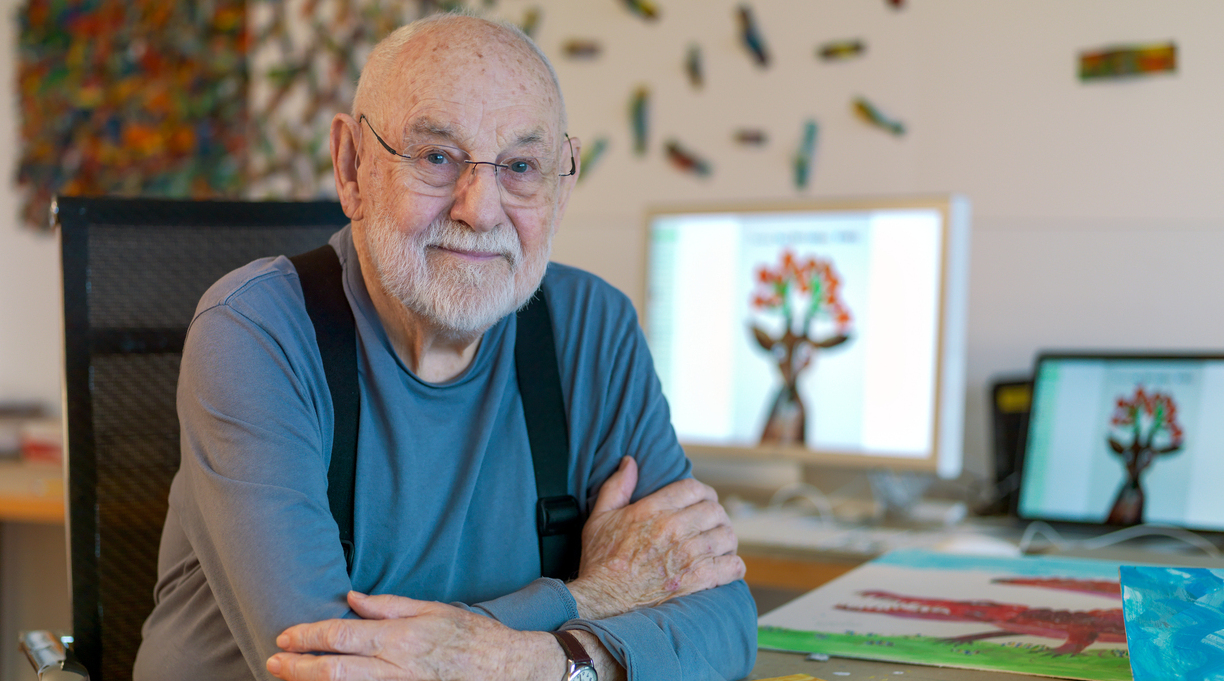 Eric Carle, the beloved author and illustrator of The Very Hungry Caterpillar and other children’s books, has died at 91, his family announced in a news release.

Carle was born in Syracuse, New York, and raised in Germany. He moved back to the U.S. as a young man, working as a graphic designer before publishing his first book as an illustrator, Brown Bear, Brown Bear, What Do You See? in 1967.

In 1968, he made his debut as author and illustrator with 1, 2, 3 to the Zoo, and followed that up the next year with The Very Hungry Caterpillar. The book became a publishing phenomenon; it’s been translated into more than 70 languages, and as of 2019, had sold nearly 50 million copies.

Carle wrote more than 70 books, including The Tiny Seed, The Very Lonely Firefly, and The Nonsense Show. In 2002, he and his wife, Barbara Carle, founded the Eric Carle Museum of Picture Book Art in Amherst, Massachusetts; the following year, he was awarded the prestigious Laura Ingalls Wilder Medal (now known as the Children’s Literature Legacy Award).

Admirers of Carle paid tribute to him on social media.

“It is impossible to estimate the number [of] very young lives in which his gentle, curious voice has made a difference,” tweeted John Darnielle, the author and singer-songwriter for the Mountain Goats. “Wonder, delight, the comfort of a familiar voice. Thanks, Eric Carle, for unforgettable times with my sons when they were very small.”

It is impossible to estimate the number very young lives in which his gentle, curious voice has made a difference. Wonder, delight, the comfort of a familiar voice. Thanks, Eric Carle, for unforgettable times with my sons when they were very small. https://t.co/DZH8sR6aCN

And former first lady Michelle Obama wrote, “His work has been read (and re-read, and re-read) tens of millions of times over the years, one generation’s gift to the next. Thank you @EricCarle for filling our lives with so much wonder and joy.”