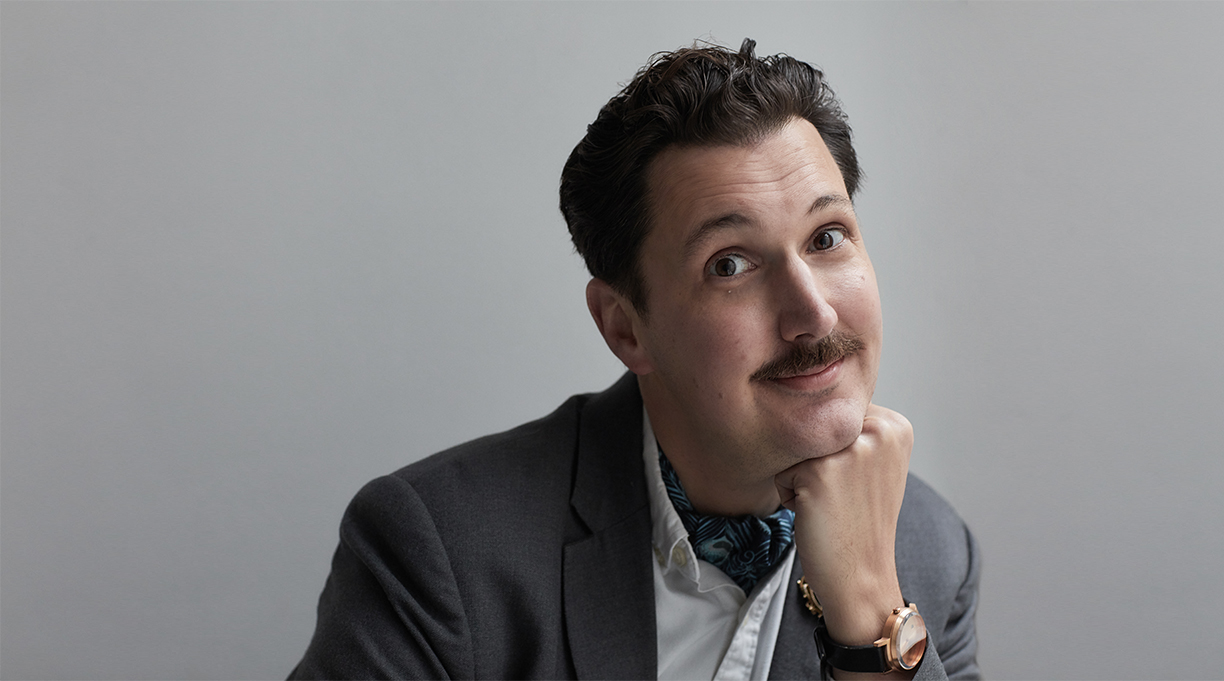 To those who can’t imagine why anyone would spend their time watching a bunch of rich (or faux rich) women getting dressed up, flaunting their wealth, and arguing nonstop: We get you. The Real Housewives isn’t for everyone. But there are legions of Bravo-obsessed fans who can’t get enough, who dissect every epic feud, choice in wig, and melodramatic moment like grad students in comparative literature.

That’s why it’s big news in the Housewives fandom that Brian Moylan, arguably the foremost living Bravo historian, is publishing The Housewives: The Real Story Behind The Real Housewives (Flatiron, May 25). Moylan is celebrated for his rhapsodic, trenchant, sometimes-surrealist recaps on Vulture, and he brings that same attention to this account of the enduring relevance and appeal of the reality TV juggernaut from inception to present day. Moylan took the time to—in the words of Bravo mensch Andy Cohen at every Housewives reunion—“unpack” the unexpected drama of writing this book, since it wouldn’t be a Housewives book without drama.

How did you go about researching this book? It must be hard to infiltrate the Bravo fortress.

I have a good relationship with Bravo because they still send me screeners for recaps and have invited me to a bunch of events, so I reached out to the PR team and was like, “Hey, I’m gonna do this book—just so you know, it’s happening.” We talked about maybe partnering up and them helping me get interviews and promote it, and eventually they presented an offer to my editor saying they wanted 10% of every book sale and total editorial control of the marketing. We were like, “No thanks.” So then they called all of the Real Housewives past, present, and future, and were like, “Don’t talk to this guy.”

Wow. How did you pivot from that?

The book evolved a little bit from my initial outline, but I think for the better, because I ended up focusing a lot more on the fans and the impact the show has—why we’re so into it, which I find a lot more interesting. And also, I mean, there’ve been 15 years of Housewives, gossip, and drama. You can’t get into every little thing or else we’d have a whole encyclopedia. Encyclopedia Dramatica, I guess.

Yet you still managed to get great access, both with on- and off-camera talent.

Housewives who talked off the record and aren’t named in the book were especially forthcoming [laughs]. I would talk to [former Housewives] Kristen Taekmann [New York City] and Carrie Deuber [Dallas] on the record, but yeah, it was mostly reaching out either through other journalists, friends who are podcasters, then DMing people on social media and stuff like that. But there were a lot whom I reached out to who either immediately said no or said they have to check with Bravo about every interview they do…so there were a lot who fell out. Probably, in total, I talked to about a dozen Housewives.

What were some of the burning questions from Bravo fans that you wanted to answer once and for all?

I’m always fascinated by the money—the capitalistic, financial aspect of it. One of my goals was to answer all the questions that fans have about the shows, which are mostly the same questions that I have about the shows. How much do they get paid? Who pays for the cast trips? We kind of know, but Bravo won’t let us totally know. And I wanted to go and be like, “Here’s the answer,” so we can move on to the next.

As someone writing about the Housewives, you have to criticize and poke fun at them, but you’ve also formed relationships with some—you even appeared on Beverly Hills as the co-writer of Erika Jayne’s book, Pretty Mess. How do you balance that?

I have always tried to keep them a little bit at arm’s length, but then when I ended up starting Erika Jayne’s book, I went to my editor at Vulture and was like, “Is this gonna mess up the recaps?” And they were like, “It shouldn’t be a big deal as long as you’re [upfront about it].” But the fans will take any opportunity to be like, “Brian’s Erika’s employee, and he’ll do whatever she says!” I learned that no matter how critical I was of her, they were never going to be happy, so it’s kind of a lose-lose situation. But I have found every Housewife I’ve talked to is, in person, exactly who they are on the show. So yeah, I try to bring as much integrity to the reality television recap as I possibly can, because that’s what we really need: journalistic integrity…in our recaps. [Laughs.]

The world is a very different place from the one Real Housewives debuted to in 2006. What do you think about the way it’s evolving, especially regarding diversity of the casts?

One of the academics I talked to who studies race and reality television said it’s not just about adding a Black cast member or an Asian Housewife here—it’s recalibrating the whole thing. I think it’s great that we have people like Porsha Williams and Kandi Burruss [Atlanta], who are working not just for inclusivity on the shows, but behind the scenes and at Bravo and are really driving these discussions. If you can learn a lesson from Housewives, great. I don’t suggest learning a lot of your lessons from Housewives, but if that’s what’s gonna get through to you, great.

If you were to tell a Housewives newbie a city to check out first, which one would it be?

I always say New York. New York has never had a bad season. But currently, no one is better than The Real Housewives of Potomac. What’s really interesting about Potomac is that the cast hasn’t really changed that much, so they have these deep, complicated relationships, and there’s tons of drama. And they also find a way to have these really trenchant discussions about race and representation in a way that I think is really interesting. I finally got my husband to start Potomac, and he was like, “Why have I not been watching this?” And I was like, “Bitch, how many times do I have to tell you it’s the best one?!”

Stephan Lee is the author of K-Pop Confidential.