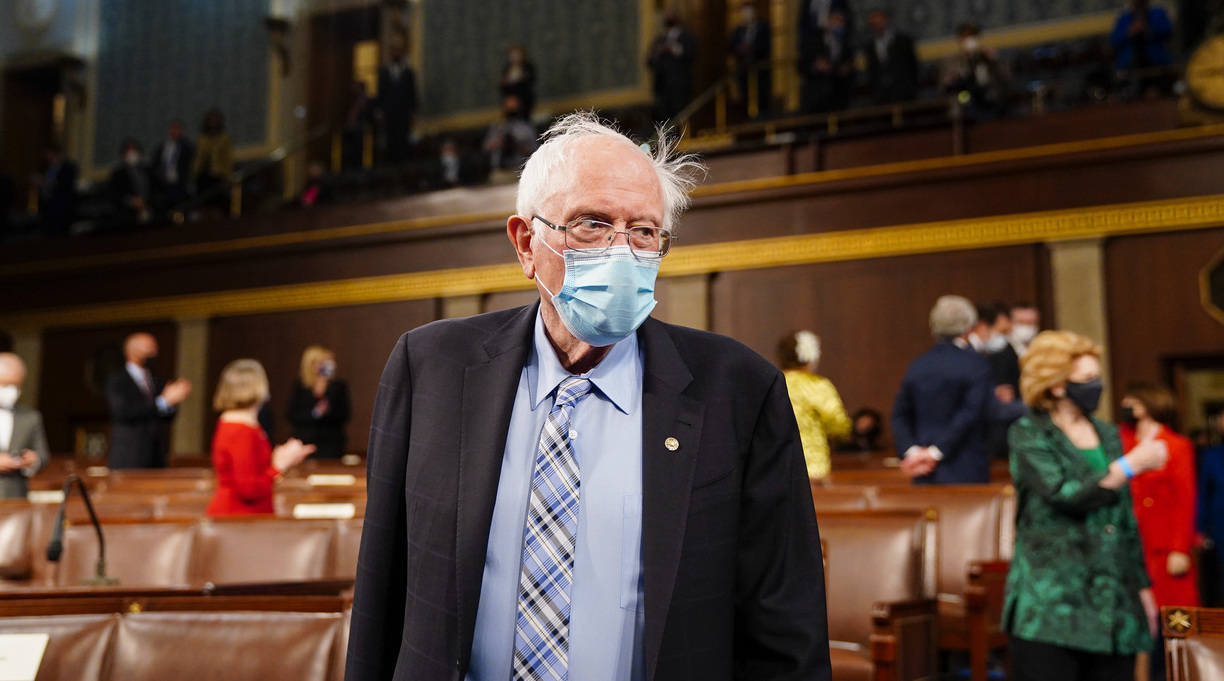 Bernie Sanders is once again asking for a dark blue blanket.

The Vermont senator needed his hotel rooms to be just right during his 2020 presidential campaign, according to a new book by journalist Edward Isaac-Dovere, as reported by Fox News. He insisted his staff abide by a “Senator Comfort Memo,” Dovere writes in Battle for the Soul: Inside the Democrats’ Campaigns to Defeat Trump.

“Hotel rooms had to be away from elevators and from ice machines, so that quiet was guaranteed,” Dovere writes in the book. “The temperature in the room had to be kept at 60, even if that required having a staffer sit in the room with an open window in the winter to make sure it cooled enough or calling management in to override the system.”

According to Dovere, Sanders preferred basic hotel rooms, not fancy ones, but “insisted on a king-size bed, which had to have a down comforter or another blanket in the closet. He preferred that the extra blanket be dark blue, and made of cotton.”

Sanders isn’t the only prominent politician spotlighted by Dovere. Last week, the Guardian reported on Dovere’s claims that Barack Obama had exceptionally harsh words for Donald Trump, calling his successor a “fucking lunatic” and a “corrupt motherfucker.”

Battle for the Soul was published Tuesday by Viking. A critic for Kirkus gave the book a starred review, calling it “a wide-ranging history of a tangled campaign—catnip for politics junkies.”