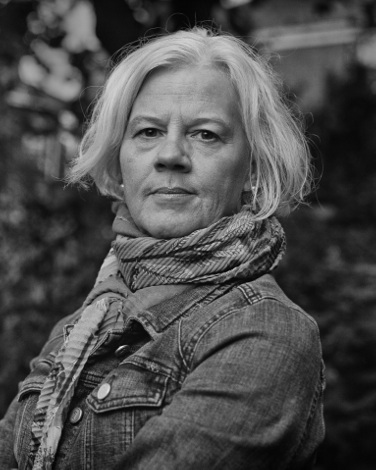 “If I could retrace the epidemic as it shape-shifted across the spine of the Appalachians,” Macy writes in Dopesick: Dealers, Doctors, and the Drug Company That Addicted America, “roughly paralleling Interstate 81 as it fanned out from the coalfields and crept north up the Shenandoah Valley, I could understand how prescription pill and heroin abuse was allowed to fester, moving quietly and stealthily across this country, cloaked in stigma and shame.”

“There’s a lot of pain in this country,” Macy says by phone from Roanoke, the small Southwest Virginia city she’s lived in, and reported on, for the past three decades. It was on assignment for the Roanoke Times in 2012 that she began investigating a surprising uptick in addiction to painkillers—and ultimately, heroin—among affluent white suburban teens.

Former straight-A students and sports stars were turning to drug dealing and prostitution to stave off dopesickness, the body-wracking illness resulting from opioid withdrawal. They were overdosing and dying; their parents were panicking.

“I always like my reporting to bubble up from the ground,” says Macy, who sourced the story through friends, colleagues, former sources, and chance encounters. “It’s all just a matter of shoe-leather reporting, getting to know people, getting people to trust you,” and often keeping in touch with subjects long after deadlines are met.

“That was partly why people talked to me,” Macy says of her suburban drug-dependent subjects and their families, many of whom initially refused to speak on the record (five years later, as the book neared publication, almost all agreed to be identified). “These are educated people with resources, trying to break down what’s happening in the system. Who can they reach out to for help? Was this the right kind of health care they were supposed to be getting? And whydidn’t anybody see this problem with a sense of urgency when they called the community service board to get into counseling? Everybody’s trying to figure it out on the fly, and it becomes the family unit that is ultimately responsible when government hasn’t quite yet figured out how it’s going to respond, and health care hasn’t either, nor admitted it played a big role in it.”

As the opioid problem became an apparent epidemic, and the story became a book, Macy followed up with some of those early subjects. Many offered unparalleled access to their lives through hundreds of text messages, social media posts, and countless hours of interviews.

“I haven’t quite figured out how to talk about it, because I’m still processing it,” Macy says of the intimate experience of reporting Dopesick. “I did a literary festival not too long ago and got really emotional. I lost some special people, people I spent time with, who had trusted me with their stories, some of whom died before I had time to type up my notes.”

To figure out how the opioid epidemic ballooned—swiftly engulfing Virginians of all ages, races, and classes—Macy traces the epidemic back to 1996, with the introduction by Purdue Pharma of a time-released painkilling “wonderdrug” called OxyContin. According to disingenuous marketing, for which the pharmaceutical giant was (eventually) successfully sued, only 1 percent of users would be susceptible to OxyContin addiction and abuse. Purdue deployed an army of aggressive sales reps to ram that message down prescribers’ throats.

“If a doctor was already prescribing lots of Percocet and Vicodin, a rep was sent out to deliver a pitch about OxyContin’s potency and longer-lasting action,” Macy writes. “The higher the decile—a term reps use as a predictor of a doctor’s potential for prescribing whatever drug they’re hawking—the more visits that doctor received form a rep, who often brought along ‘reminders’ such as OxyContin-branded clocks for the exam-room walls.”

Branded clocks, pens, trips to Florida—drug reps even sponsored one mercenary doctor’s daughter’s birthday party—inspired too many physicians to overprescribe a drug deemed “safe” for use by patients young and old.

“In this country, we’re so enamored of a pill to solve every ill,” says Macy, who was prescribed 15 oxycodone for abdominal surgery just last year (she took only two). “We don’t know how to deal with pain anymore. Pain is just part of life. [We need to return to] the mindset of, ‘I had surgery, I should feel some pain in my abdomen, right?’ Because all the data shows, in the long run, [opiods] don’t help” and actually promote hyperalgesia, an exaggerated sensitivity to pain.

Once addicted, most people will do anything to avoid dopesickness. So when the prescriptions run out, they steal or turn to drug dealers like Ronnie Jones, the man Macy credits, in part, with flooding the Shenandoah Valley with cut-rate heroin circa 2012. (Her six-hour interview with Jones, from Hazelton Federal Correctional Institution, where he’s currently serving a 23-year sentence, further complicates the story.)

As the subtitle suggests, Jones and others—the Dealers, Doctors, and the Drug Company That Addicted America get their excoriating due, but they’re not the main focus of this “urgent, eye-opening look at a problem that promises to grow much worse in the face of inaction and indifference,” as Kirkus calls Dopesick in a starred review.

“The only way I could stand to live in this story was to focus on the people fighting back,” she says, heralding activists, law enforcement officials, EMTs, physicians who get waivered to prescribe medication-assisted therapy (MAT) for opioid-dependent patients, founders of local syringe-exchange programs, and others working together, in Virginia and beyond, to combat the scourge and stigma of opioid addiction in their communities. “Those were my beacons.

“The statistics say now over half of Americans know somebody or have somebody in their family” who is opioid-dependent or has died an opioid-related death,” Macy says. (That’s 56 percent of Americans living in the aftermath of 300,000 deaths in the last 15 years, with 300,000 more predicted in the next five.) “When you’re in that lucky other half and don’t know anybody, I mean...chances are that, one day, you will. You’re going to need to understand how we got here and what we can do. We all need to be vigilant about our health care, our families, and our children.”

Megan Labrise is a staff writer and co-host of the Fully Booked podcast.