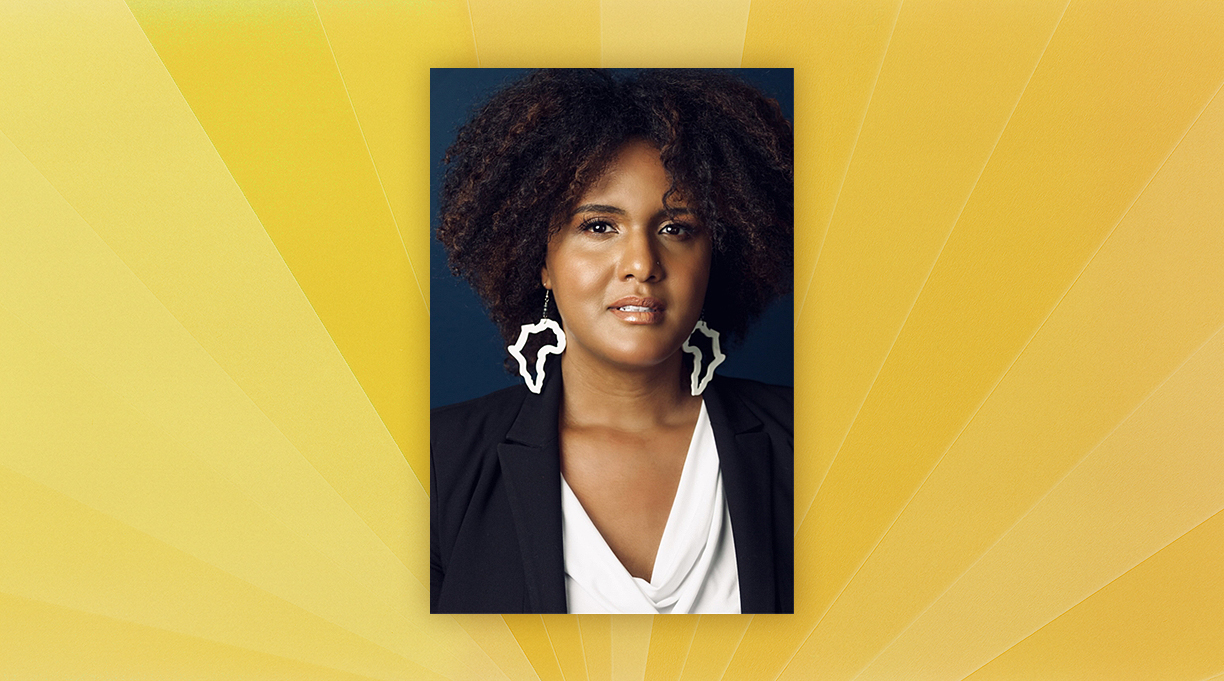 Crystal M. Fleming is a professor of sociology and Africana studies at SUNY Stony Brook and the author of two books for adults, Resurrecting Slavery: Racial Legacies and White Supremacy in France and How To Be Less Stupid About Race: On Racism, White Supremacy, and the Racial Divide. In her first book for young adults, she offers teenagers what our critic called a “smart guide to understanding and living anti-racism.” After Rise Up!: How You Can Join the Fight Against White Supremacy (Henry Holt, Oct. 19) was named one of Kirkus’ 100 Best YA Books of 2021, Fleming answered our questions by email.

What was the inspiration to write Rise Up!?

I really wanted to write the kind of book and resource that I wish I’d had as a young person—a book that could demystify the history and ongoing realities of racism written from the knowledge and perspective of a Black queer woman and educator. I was inspired by the work of early, groundbreaking Black sociologists like W.E.B. Du Bois and Ida B. Wells who used the power of public writing and social analysis to raise awareness and empower historically marginalized people.

There was a tremendous feeling of hopefulness after the movements that emerged last year in responses to the murders of George Floyd, Breanna Taylor, and others. Where are we a little more than a year later?

Well, we’re in the middle of a coordinated, well-funded backlash against anti-racist education and activism, supported by a wide range of conservative and right-wing movements that are designed to undermine support for racial justice as well as feminism and LGBTQ+ rights globally. Every new day brings headlines about books by iconic Black writers like Toni Morrison or civil rights legends like Ruby Bridges being banned or targeted for removal from educational curricula. Throughout our history, each moment of awakening or movement toward constructive change has been met with resistance and even the retrenchment of White supremacy. Black studies scholar Rinaldo Walcott teaches us that we are still in the period of emancipation—so it’s important to not lose sight of the fact that for all of our advances and reasons for hope, we are still very much in the belly of the beast of anti-Blackness, settler colonialism, and economic precarity for the most vulnerable among us. This is why it’s urgently important to boldly embrace educational resources that can equip young people with the knowledge they need to make sense of what, at times, feels senseless—and to see themselves as change agents capable of creating a better, more just and compassionate society.

What do you hope young readers take away from the book?

I hope youth come away from Rise Up! with a firm grounding and understanding of how and why racism came to be established in the United States and an appreciation for the work that has been done for generations to defy racist beliefs, oppose racist practices, and change racist policies. I hope young readers see themselves in the stories of Asian and Latinx immigrants as well as African Americans, Indigenous people, and White Americans who courageously challenged injustice and dared to imagine that change was and is possible.

What book most dazzled you this year?

It’s hard to choose, but I’ll go with Haruki Murakami’s First Person Singular—the writing was transporting and enthralling, as usual.