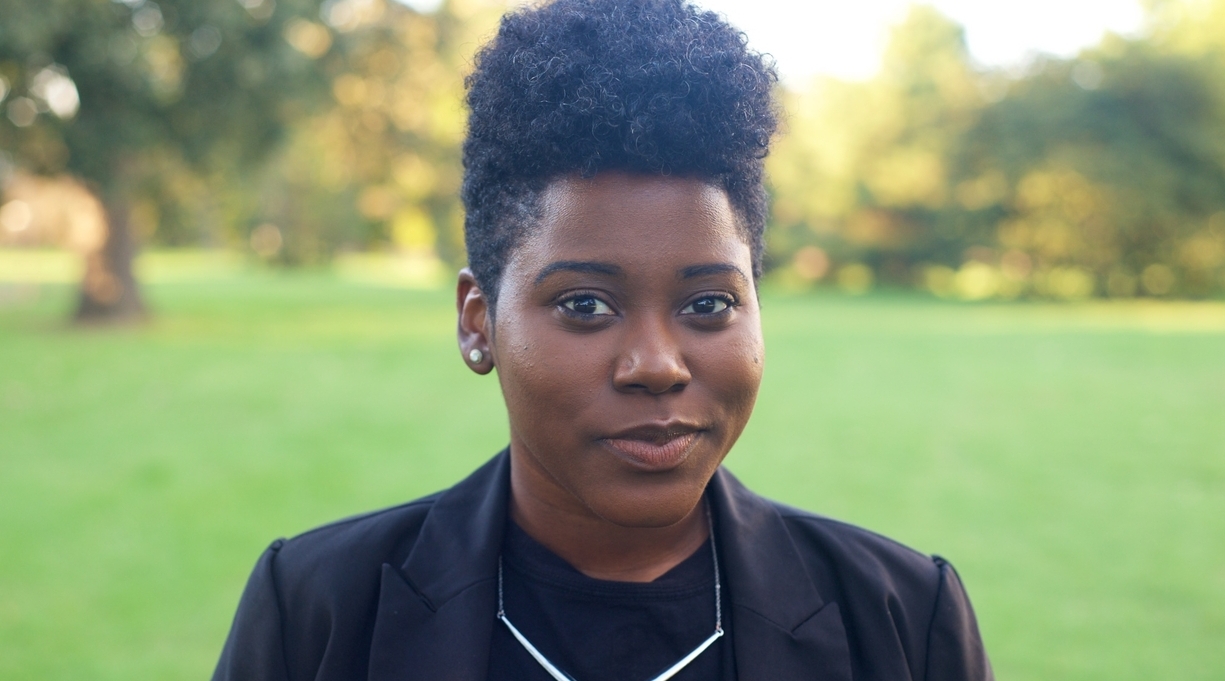 De Nichols is a designer, artist, and activist who is currently a Loeb Fellow in residence at Harvard University’s Graduate School of Design. Her new book for young readers, Art of Protest: Creating, Discovering, and Activating Art for Your Revolution (Big Picture/Candlewick, Nov. 30), is a history of visual media for social change from such diverse creators as Ai Weiwei, Nina Simone, Diego Rivera, and Keith Haring. In its review, Kirkus said that “Nichols is sure to inspire an entire generation of new ‘artivists.’” Art of Protest recently made our list of the Best Middle-Grade Books of 2021, and Nichols answered a few questions by email.

What was the inspiration for Art of Protest?

Art of Protest is the culmination of a series of moments in my life that have inspired me to see the power of the arts to shift minds, defend freedoms, and mobilize community. As a co-organizer of the Artivists STL collective during the 2014 uprising in Ferguson, Missouri, the works that my comrades and I created were a testament to this truth. When one of those works, the Mirror Casket, was ultimately collected by the National Museum of African American History and Culture, activist Angela Davis wrote an article titled “Art of Protest” about it for Smithsonian magazine. During that time, Artivists STL led the production of 80+ collaborative works in cities across the nation under the leadership of Chicano activist and poet Elizabeth Vega. Those works, those cities, and our collective efforts over the years inspired me to reflect, research, and learn more about so many other artists and artworks across the world. Thus, when I connected with my editor to write Art of Protest, I was serendipitously ready and prepared to take readers through this journey of learning with me.

Who is the ideal reader for your book, and what do you hope they take away from it?

Art of Protest is for anyone who is discovering their capacity for change. It’s for those who realize that there are causes, struggles, and injustices that they want to improve but perhaps they don’t know how just yet. Art of Protest offers them the inspiration and provocations to understand how they can unlock their visual voice for change through art. I hope that the children, preteens, and teens who read this book will embrace it with a beginner’s mind and explore all the possibilities of how they can use art as protest. And I hope that the adults who engage in it will support the young people in their lives by helping them harness the power of art for changemaking.

Was there an artist—perhaps one not so well known—you were especially glad to introduce to readers?

I felt proud to celebrate works by artists and organizers whom I’ve worked with over the years. One in particular is Damon Davis, who is a brilliant visual interpreter of both the struggles and joys of resistance. As a friend, collaborator, and fan of his work, I have witnessed Damon tell the stories of activists with his documentary, Whose Streets? and envision more liberated worlds and possibilities through more mythical works like Darker Gods at the Lake of Dreams. In Art of Protest, Damon welcomed me to feature works from his series “All Hands on Deck,” which highlights the humanity of protestors through photographic scans of their raised hands. From video and photography to AR [augmented reality], music, and sculpture, I think Damon is one of several artists featured in the book who exemplifies the diversity of media that protest art can embody.

What book for young readers most dazzled you this year?

I’ve read quite a few books this year, so it’s hard to share just one favorite. Most recently, I’ve enjoyed reading a fellow nonfiction book: Revolution in Our Time: The Black Panther Party’s Promise to the People by Kekla Magoon. Her book dives into so much detail and depth about the origins, values, and impact of the Black Panthers.