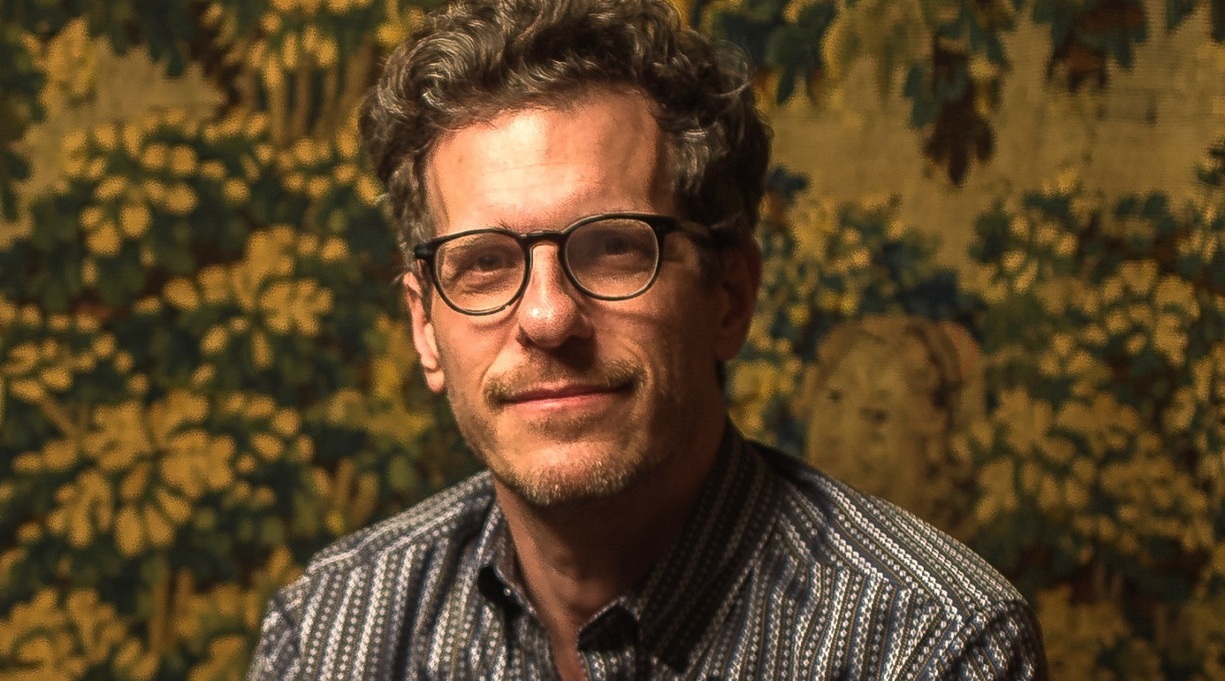 Brian Selznick won the Caldecott Medal for his 2007 book, The Invention of Hugo Cabret, which was adapted into the Oscar-winning film Hugo, directed by Martin Scorsese. His most recent illustrated book for young readers is Kaleidoscope (Scholastic, Sept. 21), which Kirkus called “his most complex work to date” and named one of the Best Middle-Grade Books of 2021. Selznick answered some questions by email.

What was the inspiration to create Kaleidoscope?

Kaleidoscope was my way of grappling with all the things that were happening to the world at the beginning of the pandemic. I found myself thinking about time and grief and friendship and hope, and those feelings channeled themselves into these strange stories that I eventually formed into the book. The stories center around the importance of asking questions, not getting answers, and accepting the unknown.

Who is the ideal reader for your book, and where would they be reading it?

Whenever I make a book, I am conscious of the collaboration that happens between the story and the reader. In my other books, like The Invention of Hugo Cabret, Wonderstruck, and The Marvels, I always hope the reader enjoys figuring out elements of the plot and making their own connections while I provide a narrative that, in the end, answers all the questions raised for the main character in surprising and satisfying ways. With Kaleidoscope I feel like I am collaborating much more closely with the reader than I ever have before. The reader’s imagination is where the stories conclude, where the themes reveal themselves, and where the book is meant to live. My ideal reader is anyone interested in embarking on a journey with me from whatever place they feel safe opening a book.

What do you hope readers take away from Kaleidoscope?

Kaleidoscope actually began its life about six years ago as a completely different book, one with a much more conventional narrative structure. But after the shutdown began, I reread what I’d been writing and realized it did not feel honest to me to create a story that relied on the reader getting answers. So much was unknown in the world, and everything felt like it had been turned upside down. None of us knew what was going to happen (we still don’t!), so it felt like the only honest thing I could write was a book that celebrated the important questions and explored the terrors and mysteries of the unknown. I hope readers will find some comfort in that.

What children’s book most dazzled you this year?

I realized recently that all books being published now were, for the most part, created during the pandemic by people who probably were not able to see each other in real life. These books are the products of what it means to work together while being forced physically to stay apart. At the moment, every book that arrives on a store shelf feels to me a little like a miracle. Given the fact that most in-person tours have been cancelled or greatly scaled back, I’m especially excited by titles from newer authors and illustrators that have made it out into the world and the independent bookstores that support them. Titles like Make Meatballs Sing by Matthew Burgess and Kara Kramer and Out on a Limb by Jordan Harris and Charlie Mylie [coming in February 2022] are two examples of beautiful new books, and my friend Angus Killick started an entire publishing company during the pandemic called Red Comet Press. That’s pretty dazzling to me.