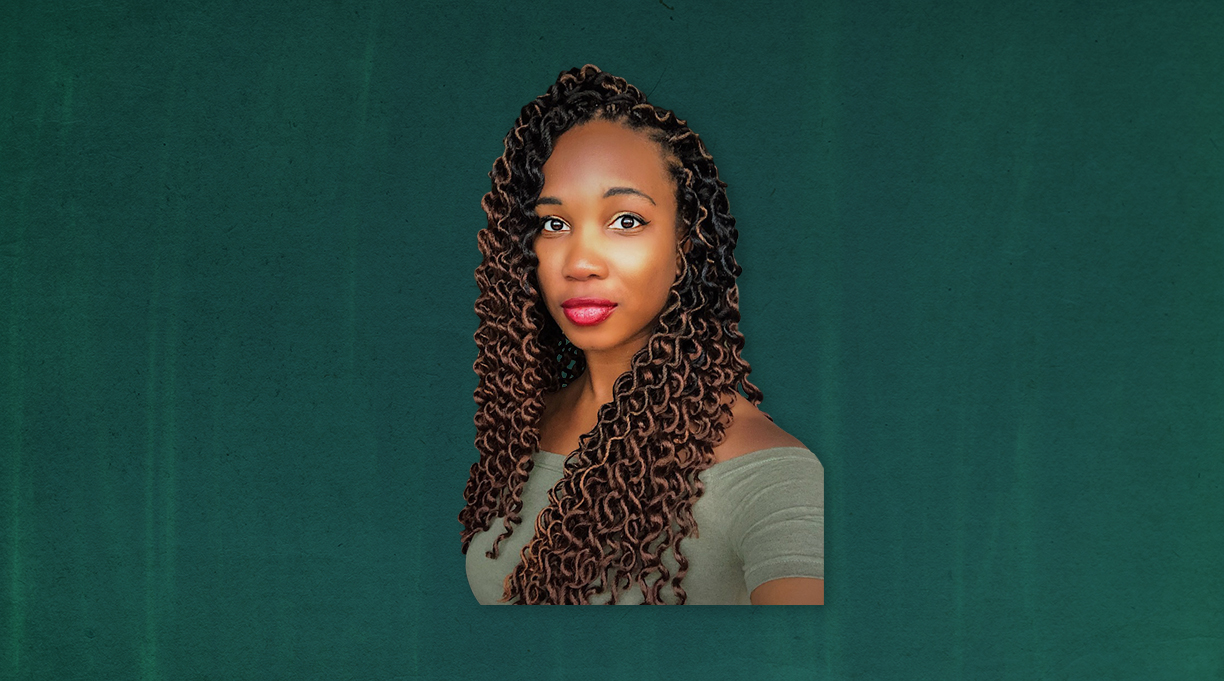 There’s no mistaking Ayana Gray’s Beasts of Prey (Putnam, Sept. 28) for anything other than what it is: the next big thing in YA fantasy.

Set in a lush African-inspired realm pervaded by magic, this first novel in a planned trilogy introduces dual protagonists from the same city but completely different worlds. Bookish and thoughtful Ekon, 17, is destined to become a warrior like his older brother, Kamau. Clever and bold Koffi, 16, is an indentured servant at the Night Zoo, a mesmerizing attraction whose majestic and misunderstood beasts require specialized care. After a shocking series of events, the two teens journey to the heart of the Greater Jungle to hunt the Shetani, an otherworldly monster whose vanquishment holds the key to their hearts’ desires.

As Kirkus writes in a starred review, “This pan-African story, rife with betrayal and narrated through poetic language that evokes vivid imagery, will ensnare readers, keeping them engaged with its energetic pace.…A dazzling debut.”

“On its surface, it’s a story of two kids who form a tentative and unexpected alliance,” Gray tells Kirkus by phone from Little Rock, Arkansas, “to go into this magical jungle and find and hunt down the monster that has been menacing their city for nearly 100 years. When you go a little bit deeper, though, it’s a story of two kids who have both dealt with grief, who have both dealt with trauma. They are running from monsters—both real and in their heads—and learning to stop running and face the things that are hard, because that’s how you get through things.

“It’s a story like the kind I wanted to tell myself at 17,” continues Gray, 28, an inveterate storyteller whose first medium was drawing: As a child, she would present the images, stapled together, for others to read. Encouraged in her love of learning and expression by family members—especially her grandmother, a retired librarian, and her late grandfather—she began to add words to clarify intended meanings. Now on the cusp of becoming a published author, Gray says she writes to honor the generations that came before her.

“I found a census record of, I believe, my great-great-great-grandfather, who was born a slave, died free, but in his census record, he was my little brother’s age—in his 20s—and he couldn’t read or write. He was a farmhand,” she says. “I’m sitting here writing thousands of words—not always appreciating the fact that I have the ability to do that—and this man, my ancestor, couldn’t read or write at all. That stayed with me. Now I like to think I’m doing it for him, for his wife, for their children and their children. Because they’re why I’m here.”

Both Ekon and Koffi are deeply indebted to their ancestors’ legacies: Ekon is a member of the Okojo family, whose creed is “Kutoka mzizi” (“from the root”) and whose men, when they come of age, join a class of anointed warriors known as the Sons of the Six. The debt Koffi has been working to pay off at the Night Zoo—owed to greedy, merciless owner Baaz Mtombé—was incurred by her father. It is her mother, working alongside her, who taught Koffi how to care for the beasts, how to view them not with fear but compassion. (“Sometimes things that seem dangerous are just misunderstood,” Mama tells her.) But fortitude and pluck are her essential characteristics.

“Koffi is the braver version of everything I wanted to be at 17,” says Gray, who grew up in Atlanta. “She says what’s on her mind and is probably even more emotional.…[S]he has this experience [of working at the Night Zoo] that’s made her brave, even if it’s as an indentured servant, but she’s this girl who has survived, and she’s brave, she’s fierce. She isn’t afraid to correct [Ekon], and she isn’t afraid to stand up for herself.”

Though life and legacy call Ekon to bravery, there is a gentleness at his core that encourages Koffi to let down her walls. “Ekon had been the first person in her life to suggest that she didn’t have to choose between her heart and her mind,” Gray writes, “he’d been the first person to like both parts of her.”

“I have a soft spot in my heart for Ekon, because he’s a book person,” Gray says. “Growing up, I didn’t see many Black characters and stories, I didn’t see a lot of Black boys, and I definitely didn’t see any Black boys who liked books.…[Ekon] is someone who—on the exterior, people expect one thing, but on the interior, he’s a really gentle and kind and compassionate soul.”

Ultimately, Koffi and Ekon’s success in the Greater Jungle will be determined by their ability to navigate their own hearts and minds—to claim their identities, confront their fears and desires, and find their rightful places in the world.

“I think about who I was at 16, 17 years old,” she says, “especially right on the cusp of college. I wasn’t doing anything nearly as magical as Koffi and Ekon do in Beasts of Prey, but that anxiety and that fear of Where do I fit in? is such a memorable piece of my childhood.

“When I was angry, I was furious. When I was sad, I was devastated. When I was happy, I was euphoric. Everything felt like the end of the world, and I just wanted to capture that.”