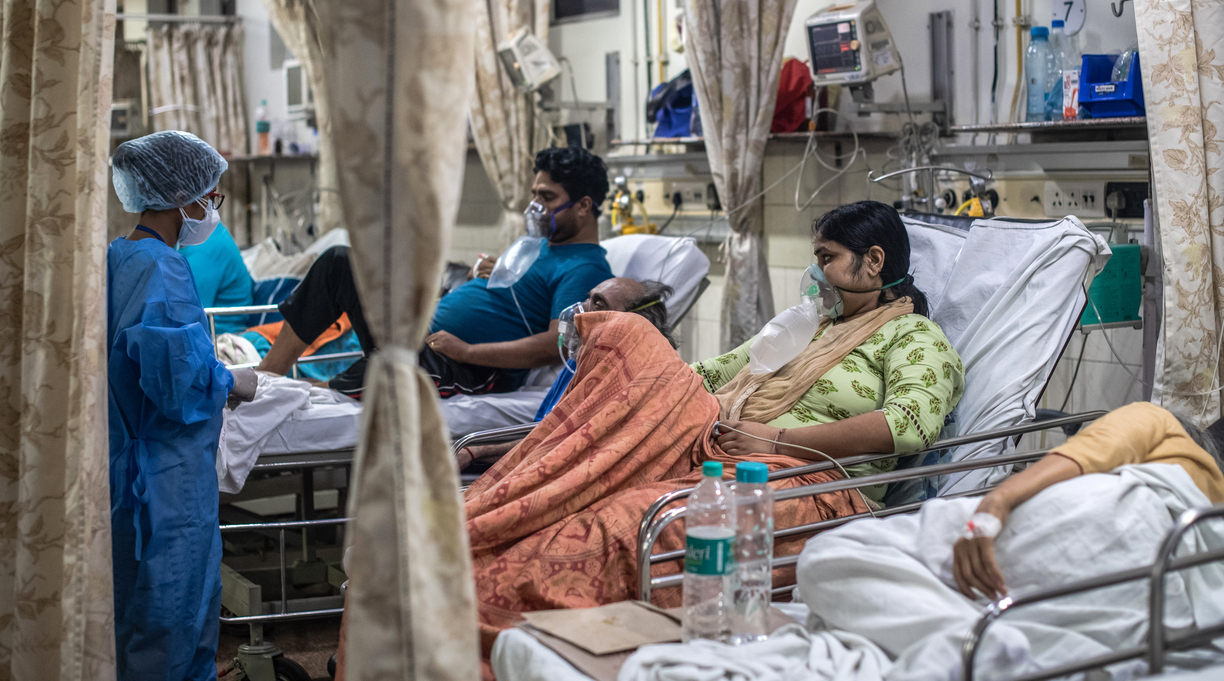 The emergency ward of a Covid-19 hospital in New Delhi, India. Photo by Rebecca Conway/Getty Images

The Covid-19 pandemic is hitting India hard, with the country experiencing record deaths from the coronavirus. Now a group of writers is trying to help bring relief to the nation.

“Our hospitals are going through dire situations,” the group says on its fundraising page. “We urgently need more oxygen cylinders and concentrators to save as many lives as possible.”

#ArtistsforIndia is a group of writers from around the world who have come together to support the important work of @india_oxygen. Receive a signed copy of one of our works through a direct donation #missionoxygen https://t.co/7LE0infFMN pic.twitter.com/m2drpWWfUf

Author Viet Thanh Nguyen is offering paperback copies of The Sympathizer and The Refugees to those who donate $100 or more; and hardcover editions of the books for those who give $200 or more.

As of Monday morning, Mission Oxygen had raised more than $3.8 million through a variety of donations and fundraisers.