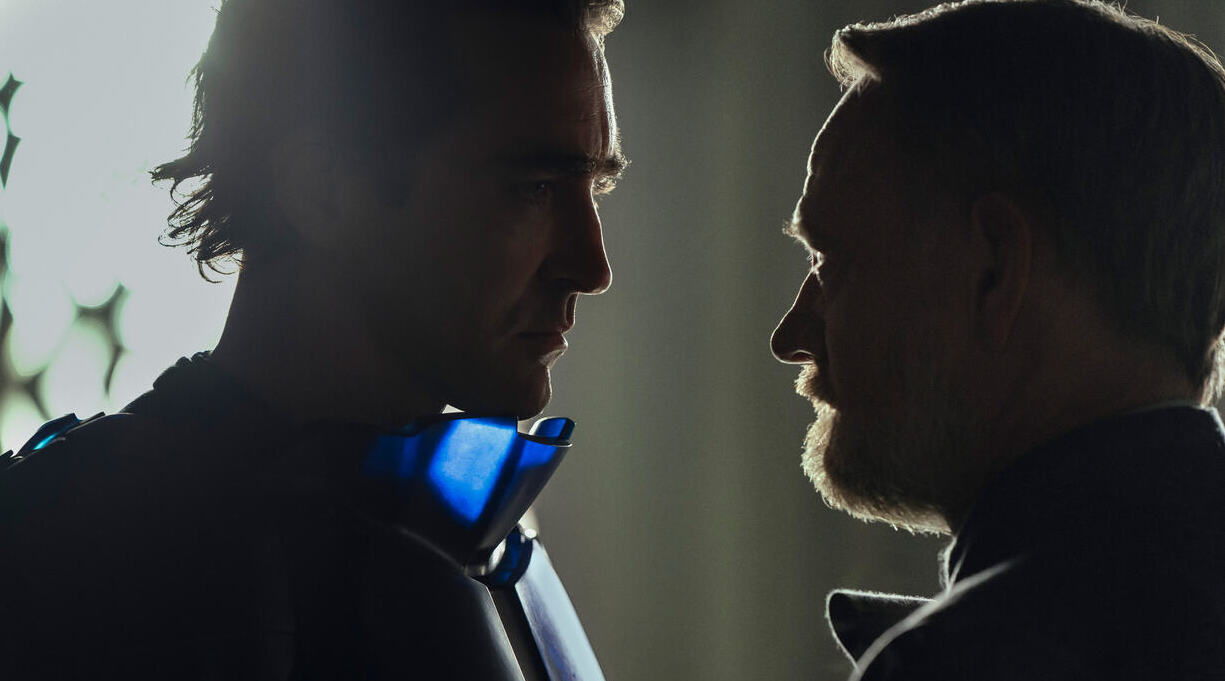 The first episode of the new Apple TV+ series Foundation, which premieres on Sept. 24, tells a tale set in the far future. In it, Gaal Dornick, from the backwater world of Synnax, visits the wealthy planet Trantor, the center of a massive Galactic Empire that’s made up of numerous human-colonized planets. Dornick is there to work with the professor Hari Seldon, who’s famous for creating the field of psychohistory—a science that uses mathematics to predict future events on an incredibly broad scale. Seldon’s assertion that the current empire is certain to fall within a few centuries has angered the powers that be, who arrest him and Dornick not long after the latter’s arrival. Seldon is put on trial, and on the stand, he fearlessly stands by his prediction—and further says that the empire’s fall will be followed by a dark age of tens of thousands of years. However, the professor says, this period can be shortened if the empire funds a new Foundation project, whose stated mission would be to create an encyclopedia containing all human knowledge for the benefit of future societies. The empire agrees to this, setting the project up on the planet Terminus, as far from Trantor as possible.

All these events happen in Isaac Asimov’s 1951 SF novel of the same name—the first book in a trilogy that won a 1966 Hugo Award for Best All-Time Series. (That trilogy would, in turn, be followed by two prequels and two sequels decades later.) But the new TV show, created by Terminator: Dark Fate’s David S. Goyer and Josh Friedman, introduces a twist in the form of a massive, CGI-heavy explosion, and the circumstances surrounding it threaten to suddenly throw the empire into a bloody interplanetary war. This isn’t in any of the Foundation books—and it’s not the only addition.

For example, it’s revealed that the show’s tyrannical, murderous emperor—here known as Brother Day, played by Lee Pace—is a product of cloning technology. He lives with two other clones of himself: a child called Brother Dawn, who will someday replace him, and an elder version, Brother Dusk (Les Misérables’ Terrence Mann), whom he succeeded as leader. He also has a robotic companion and right-hand woman (Laura Birn), who’s fiercely loyal and deadly when necessary. All of this stuff is new—and the second episode, which also premieres on Sept. 24, features the murder of a major character that effectively leaves Asimov’s work behind and spins the story off into unexplored territory. In many ways, the TV series is a brand-new space opera with bits of Asimov’s work sprinkled in for flavor.

To be fair, Asimov’s books do present an adaptation challenge. The author’s spare prose style eschewed detailed description, and his fictional universe generally wasn’t one of flashy spaceships and planet-smashing explosions. Foundation is a book of ideas—of people standing in sparsely sketched rooms, talking about big, compelling ideas: technology, diplomacy, capitalism, the fate of empires. The narrative also features some large time-skips, which doesn’t lend itself easily to TV, where audiences like to grow attached to an unchanging cast of characters over long arcs. In the novel Foundation, for example, Seldon and Dornick are gone after the very first section—although Seldon does reappear in recorded form later on, and is the focus of the prequel Forward the Foundation (1993); he’s played by Mad Men’s Jared Harris on the show, who imbues him with warm humanity.

Indeed, some of the TV series’ changes are clear improvements. Asimov’s work has often been criticized for its dearth of major female characters; here, the male Dornick been recast as a woman, played by relative newcomer Lou Llobell, who brings impressive intensity to a much-expanded role. Pace’s performance as the calculating and casually cruel emperor is a pleasure to watch, as is Mann’s more subdued work, and the fact that these two characters are clones effectively reinforces Asimov’s themes of empire and mortality. One hopes that future developments on the TV series will continue to keep these themes in mind—even as its creators go their own way.