An Interview with Michael Marra 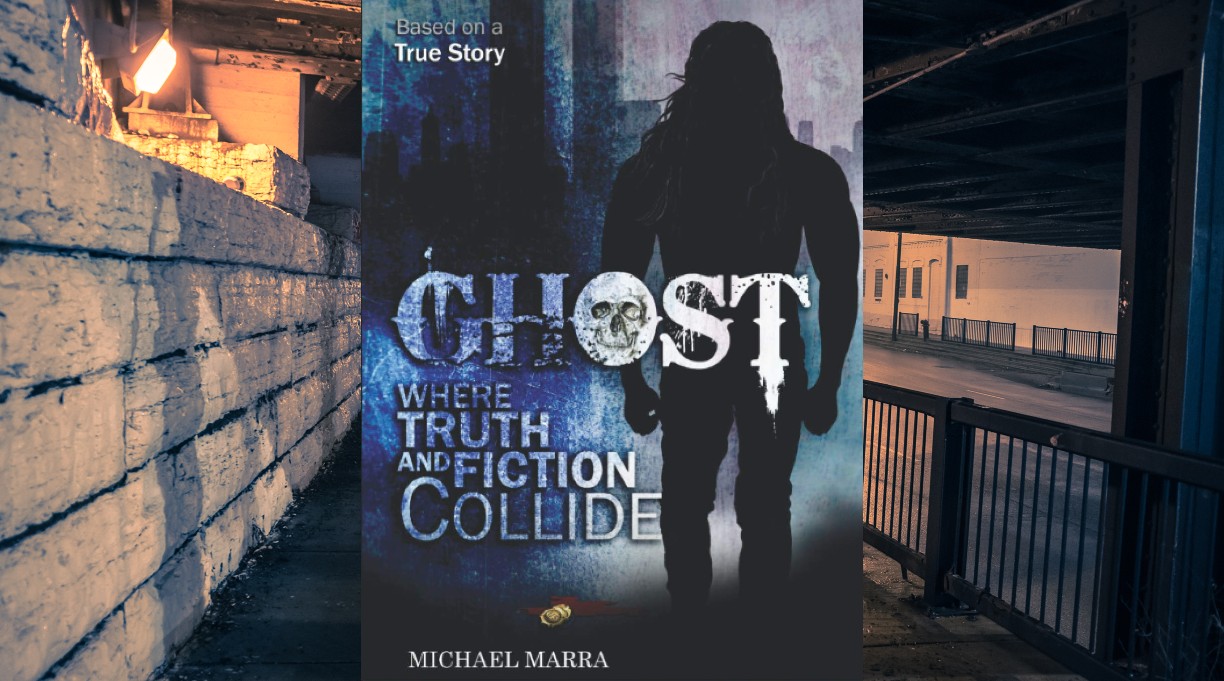 Michael Marra is the best storyteller.

This praise came not from, say, the New York Times or even Kirkus Reviews, but from a demographic Marra prizes above all others: his younger cousins, whom he used to enthrall as a young teen by making up stories to entertain them. “Especially scary stories,” he recalls with a laugh. “They would squeal with fear and delight.”

Marra, the author of two collections of gritty short stories that delve deep into man’s baser instincts, A Host of Suspects and When Angels Cry, has written his most compelling and incredible story yet—a tale of corruption, murder, and conflicted identities. The story is true; it’s his own.

Ghost is a tale that Marra, now 71, never told, not even to most of his family members. It is an unflinching chronicle of how, in the late 1960s and ’70s, he lived a precarious double life as Luca Gunn, a “ghost” with no ties to any specific organization, working undercover to rid New York’s streets of heroin. “By a select few, I was considered a special operative because I was able to deliver…,” he writes. “My identity could not be compromised.”

You can’t make this stuff up. But if you did, you’d want to cast a young De Niro or Pacino in the film version.

It’s not surprising that Marra cites The Count of Monte Cristo as his favorite book growing up. “I knew people who had been wronged,” he said, “and [it] was a story about a man who was betrayed and sought revenge. His devious and clever ways intrigued me.”

He got the writing bug when he was 13 and wrote a story titled “The Lesser Man” about a little boy who rejected his father because he saw him crying. Marra asked his mother to read it. “She was sitting in a recliner,” he recalls. “She thought I was reading a newspaper, but behind the newspaper I had a copy of the story, and I was turning the pages as she did, reading right along with her. When she got to the end where the little boy accepts that it’s OK for men to cry, a tear rolled down her cheek. I knew I had something and that I had to go on with it.”

The men in the Marra clan chose wildly divergent career paths; his is a family with more than 100 years in law enforcement, including the FBI. On the opposite end of the spectrum, his grandfather was friends with the young mob boss Carlo Gambino, and his brother was an MP in the Army, stationed in Korea. Marra chose none of these. Before he was a writer, he was a fighter.

“It was a very tough neighborhood where I grew up,” he says. “You had to learn how to fight. I was taught to be a street fighter. A motorcycle cop taught me till my hands bled from hitting the heavy bag. I was 6 feet and 190 pounds of solid rock. I boxed Golden Gloves.”

He describes his childhood as a happy one but came to know that life could be brutal. When mob-connected uncles and cousins disappeared from his life, he recalls, “I was told they were killed by ‘soldiers.’ But there was no war going on. WWII and the Korean War were over, and Vietnam hadn’t started yet. I secretly learned Italian so I could understand what my family was talking about.”

Street-wise Marra was a kid who “got around.” “I knew all the right people and connections.” And he hated that drugs were infiltrating the neighborhood. He had friends who later returned from Vietnam with heroin habits. “That blew my mind,” he says. “I made it my mission to get that stuff off the streets; too many of my friends were dying from it.”

Which is why one of his uncles set in motion attempts to recruit him into the CIA. But Marra preferred to be something of a free agent. “I wouldn’t want to become part of the DEA, because I knew they were corrupt and taking money, and I couldn’t be friends with someone and betray them. That went against everything I was taught. But I could help to take them down on my own.”

How he did that—and the toll it took on him—makes for riveting reading. Kirkus Reviews calls Ghost “an often engrossing and edgy story of a man with conflicting loyalties…that moves at a brisk pace.” It certainly starts off with a bang, with Marra’s recounting of being shot twice:

The second shot got my attention. I didn’t hear or feel the first one, but the left side of my abdomen burned, and I reached down and felt the warm blood dripping through my fingers as the pain of both bullets hit me….There was no doubt in my mind he’d left me for dead. The alley was dark, and I could only see a glimpse of light at the end where an occasional car passed by.

Marra etches a vivid portrait of late-1960s New York. He lived across the street from the legendary Cafe Wha? where such music and comedy icons as Jimi Hendrix (then known as Jimmy James), Bob Dylan, and Lenny Bruce got their starts and put their imprints on popular culture. Marra befriended Hendrix and B.B. King and once shook John Lennon’s hand.

These grace notes alone compelled New York Times bestselling author Bob Mitchell to encourage Marra. He credits Mitchell as well as the Dunedin Writers Group for helping him shape the book as well as encouraging him to expand his original memoir into a trilogy. The second book, Made in America, serves as a prequel, focusing on “Luca’s” childhood. A third volume has also been written.

Reactions to the book from family and friends have been positive, Marra reports. “At the time, I couldn’t receive the kudos that others got (in the war against drugs and corruption). Now people are thanking me. They’re in awe of what I did. Hell, they think my life is fascinating just because I was friends with Jimi Hendrix.”

Ghost plays out like something out of a Michael Mann or Martin Scorsese film. Which begs the question: Who would Marra like to see portray him on screen? “De Niro and Pacino, alas, are too old,” he says. “But as someone being cut (muscularly sculpted), I’d like to see someone like Liam Hemsworth.”

Until then, and now with his trilogy complete, does he plan to keep writing? “Oh, absolutely,” he says. “I have to.”