An Interview with JD Rutherford 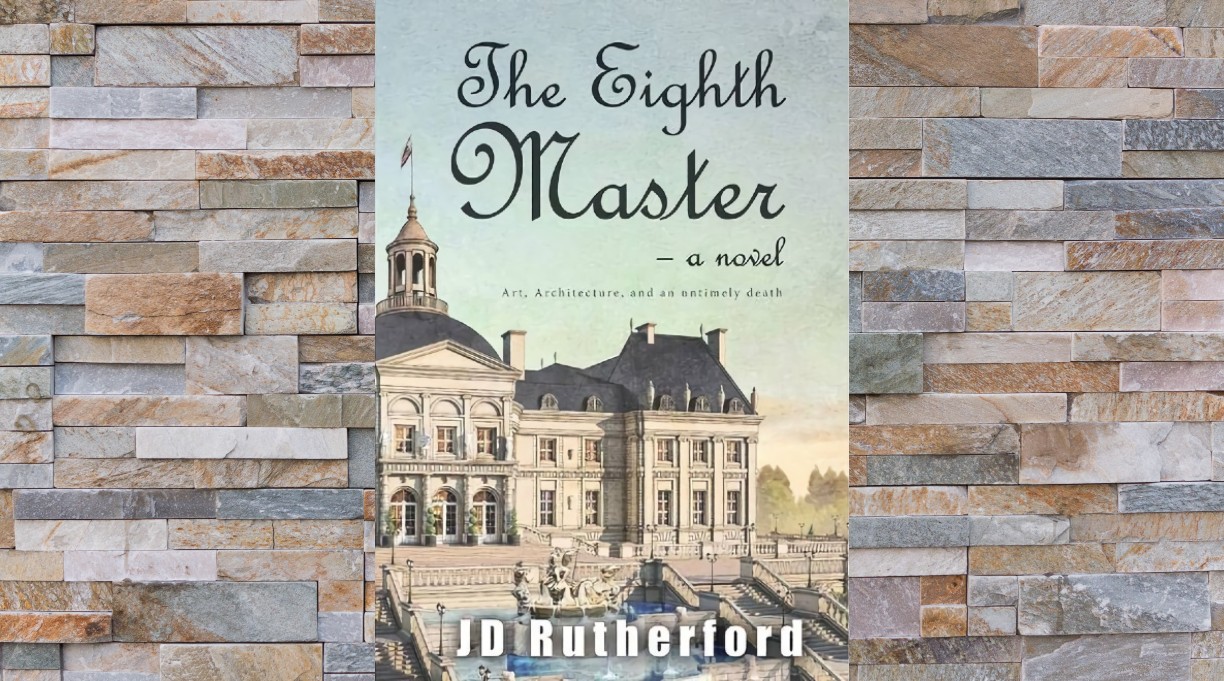 A pseudonymous author lets The Eighth Master tell its own story

“I acknowledge at some point, it may come out or not,” says J.D. Rutherford. “In the meantime, I prefer to let the story speak for itself.”

“The story” refers to The Eighth Master, Rutherford’s self-published, debut novel about a crumbling estate in California’s wine country, the estate’s wealthy, enigmatic new owner, and the down-on-his-luck architect hired to refurbish it who finds himself in the midst of a murder mystery. The “it” Rutherford speaks of is their legal identity and surrounding details. For the moment, they’re keeping mum.

“At this point in my life, I am not seeking glory,” Rutherford explains via phone. “I would say most writers write for enjoyment, for personal fulfillment, to tell a story. Those were the major motivations in my case.” That’s not to say they will, or can, stay J.D. Rutherford forever. Upon researching other pseudonymous authors, Rutherford learned of readers who, they say, “get a kick of finding out identities and putting [authors’ personal information] out there.” Even as a small indie author, they know the possibility exists. In the meantime, however, Rutherford is content to rely on their own words rather than any preestablished reputation.

While Rutherford’s identity—or lack thereof—is strategic, their year-plus-long writing process for The Eighth Master was anything but. Rutherford had wanted to pen a full-length novel for some time but had never fully completed a manuscript. When inspiration finally struck, the book unfolded in a way Rutherford describes as “organic and spontaneous.”

“This was not a calculated, ‘stick Post-it Notes on the wall and chart the entire outline of the story, then sit down to write that outline’ [process],” Rutherford says. “My fingers were itching; they had a story to tell. I sat down with a laptop and started typing away, and boom, out it came!” In some ways, the author reflects, this process is reflected in The Eighth Master, whose plot they call “nonlinear, [with] twists and turns.” Because they weren’t working with a preconceived storyline, Rutherford says, they initially weren’t sure how the book would end. “[Figuring out] how to bring the loose ends together is exciting but also terrifying,” they confess. “At some point the book will have to come to a conclusion, and you have to find a way that’s satisfactory for the reader and that makes sense.”

Readers and trade publications found The Eighth Master more than satisfactory, including Kirkus Reviews, which calls the book “a lengthy but smart and diverting whodunit” and notes that “rather than one big reveal, answers come gradually in the latter half, and the killer may not be easy for readers to unmask.” At almost 400 pages, The Eighth Master is intense but compelling, featuring colorful characters whose motivations will keep the reader guessing, including hedge fund tycoon David Johnsson, who has grand ambitions for the old estate; British art dealer Jennifer Singh, who brings in the FBI to investigate multiple missing paintings; and newly hired architect Neil Thornton, who gets more than he bargained for when he’s mysteriously attacked his first day on the job:

“When I was down in the garage…[i]t was dead silent and pitch black except for my flashlight and I heard a loud sound of heavy metal hitting something hard. It kind of startled me. But I assumed it was just a piece of steel that fell over. After I calmed down a bit, I was checking one of the auto bays, and someone jumped out of the darkness and knocked me to the floor.”
“Scared the hell out of me,” Neil said, continuing. “I think I saw them running out of the garage up one of the vehicle ramps. I ran after them, but when I got above ground, no one was there. Then I went to my car and found someone had been in it.” Neil waited for the detective to absorb what he had just said and to respond.
“That’s a strange story,” he said. “I think I would have been a little freaked out.”

Though of course California wine country is real, the estate and surrounding locations of The Eighth Master come from Rutherford’s imagination. That doesn’t keep readers from wanting to explore or from poring over the illustrations, maps, and legends Rutherford includes in the book, making the estate a character in and of itself. After Rutherford gave the completed manuscript to a trusted few for feedback, “they said they could hardly wait to visit one of the sites described in the book, which is wholly fictional,” they say. “I said, ‘I’m sorry, that doesn’t really exist!’”

From the beginning of their writing process, Rutherford has relied on—and relished—notes from readers, both positive and negative. Some authors don’t read their own reviews, but Rutherford sees feedback as motivation in what can be a long, lonely process. “When you write…it’s a job, it’s effort, you just have to keep plugging away,” they reflect. “And then [there’s] the challenge, the fear, the terror of, Is this going to be anything someone wants to read? And [you’re] hoping like heck it is for some people.”

Not everyone completely loves The Eighth Master, Rutherford notes. “One of my readers did not enjoy parts of the book; they felt it just lost them,” they say. “They weren’t totally excited by areas that other readers found fascinating.” However, Rutherford adds, that same reader also “thought about the characters for a week after they read [the book].”

Victory? Rutherford thinks so. “[I thought] Okay, not every aspect of the book she found personally that interesting, but she thought about the story and characters. Well, then I did my job. That was success.” In this way and many others, Rutherford is finding, the story speaks for itself.

Lauren Emily Whalen is the author of four books for young adults. She lives in Chicago.