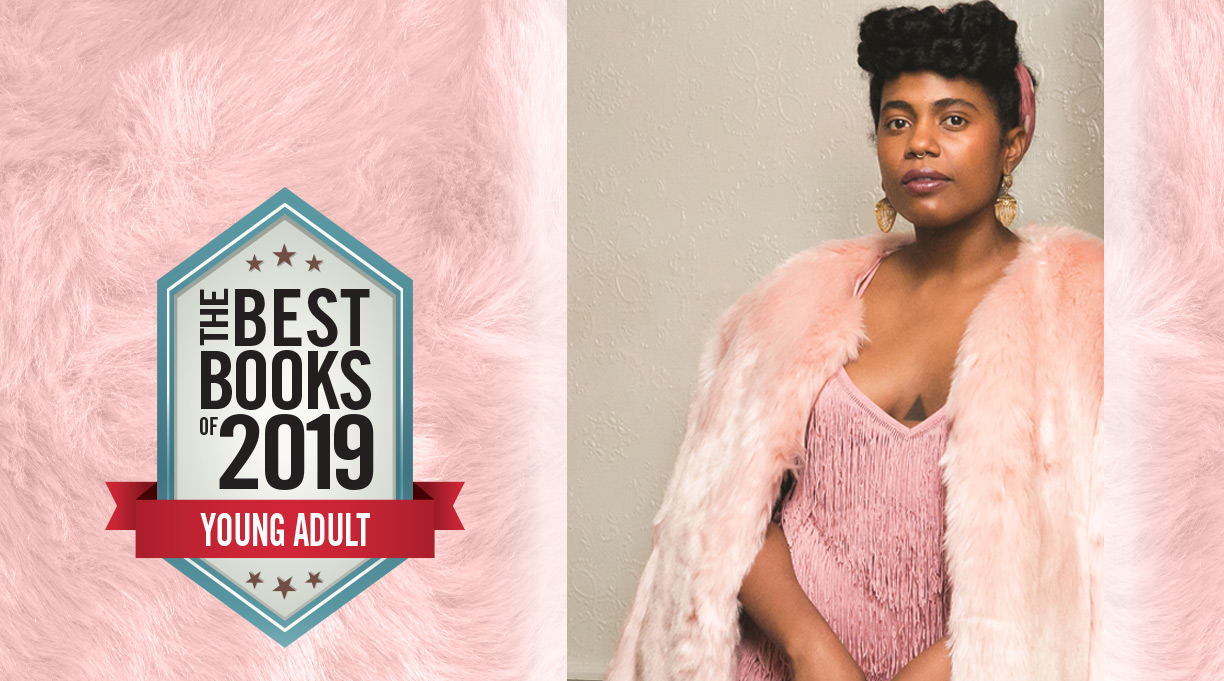 Nigerian-born author Akwaeke Emezi moved to the United States for school at age 16 and now lives in Brooklyn; they straddle both worlds and know well the necessity of carving out a space of representation on the page. Emezi’s debut young adult novel, Pet (Make Me a World, Sept. 10), based in the fictional city of Lucille, where monsters supposedly have been eradicated, follows the journey of Jam, a young black trans girl, as she discovers that monsters are still very real and preying upon the children of the town.

“It was important to me to make Jam a black trans girl,” says Emezi, “and I wanted her to be safe because that’s not what’s happening for a lot of trans teens. I wanted to create a world in which that safety is possible and also to show that the reason she was safe was because her parents kept her safe and cared for her.”

As the first person who understands the monsters are real and present in Lucille, Jam is in a situation where she has to decide on her own what’s actually happening—and not listen to the falsehoods that the adults, her teachers, and the media are telling her. “It takes a special kind of bravery, I think, to make that kind of decision to choose to trust yourself rather than what you are told,” says Emezi..

Like Emezi’s critically acclaimed 2018 adult debut novel, Freshwater, which is rooted in an Igbo mythos, Pet imagines a space that draws heavily from black cultures. In this case, Emezi’s inspiration draws from the diversity of both the African continent and the diaspora.

Pet presents a community made up of black immigrants and black Americans, a reality in which a black trans girl is safe, cherished, and loved. “The first step to making a lived reality is to imagine it,” says Emezi, “and when you have stories like Pet you can start imagining it.”

Hope Wabuke is a writer and assistant professor of English at the University of Nebraska-Lincoln.