Fighting To Save the Planet 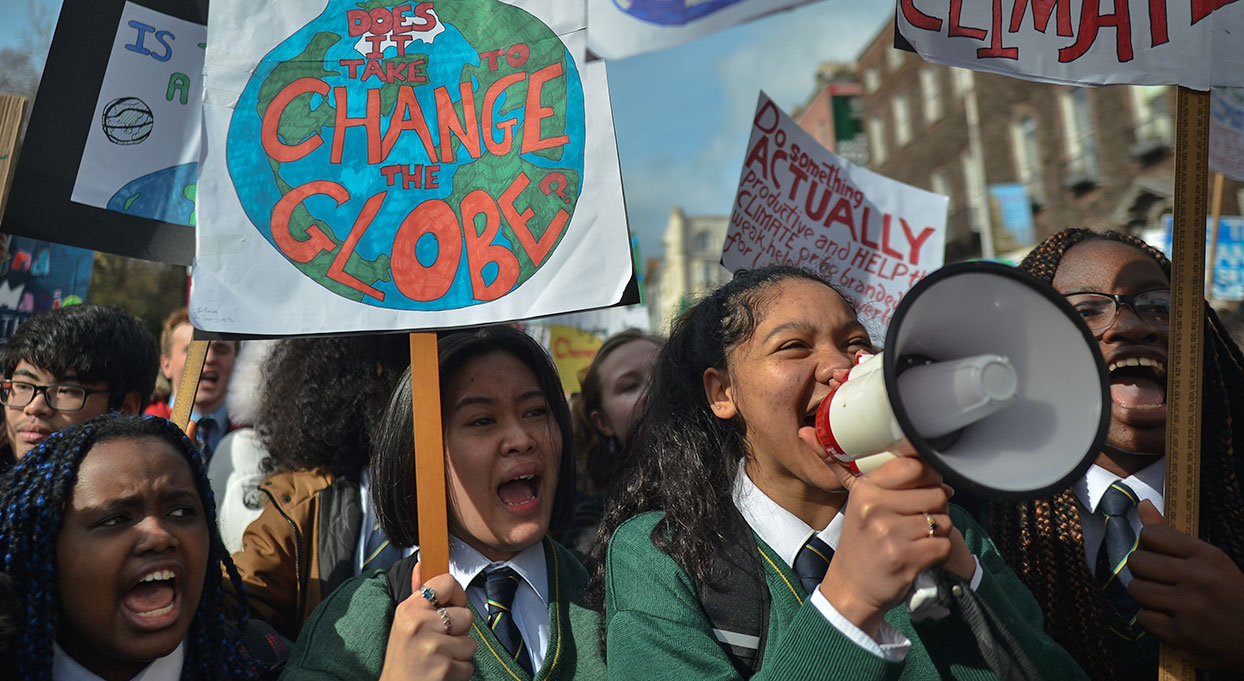 Few world figures in recent years have been as inspiring as Greta Thunberg, the 16-year-old Swedish activist who is the face of today’s environmental movement. Her example led tens of thousands of students across Europe to skip school on Fridays to protest government inaction on climate change and still more young people and adults to march in the streets of the world’s cities. She has addressed the United Nations. She was nominated for the Nobel Peace Prize. In December, she was named Time magazine’s Person of the Year.

Sixteen of Thunberg’s remarkable speeches were recently collected in No One Is Too Small To Make a Difference (2019). In a starred review, Kirkus called it “a tiny book, not much bigger than a pamphlet, with huge potential impact.” It’s just one of the dozens of outstanding titles about climate change and the environment that cross our desks here at Kirkus. Even works of fiction—Annie Proulx’s Barkskins (2016) and Richard Powers’ The Overstory (2018) spring to mind—are engaging with the fragility of the natural world and the deleterious human effect upon it. In observance of Earth Day, we'd like to highlight some of the best new writing about our planet—and about our efforts to save it.

Read our interview with award-winning scientist and writer Hope Jahren, whose new book, The Story of More: How We Got to Climate Change and Where To Go From Here (Vintage, March 3), is drawn from the research she’s done on how human patterns have impacted our planet and the viability of life on it. Anyone who read her memoir, Lab Girl (2016), knows that Jahren has a sharp and appealing voice and an accessible way of writing about abstract problems. The new book is the product of a class she teaches on climate change at the University of Oslo in Norway, where she’s lived since 2016 (“I am worried about the future of science in America,” she explains).

Among the other authors we've spoken to recently: Michael Christie, whose novel Greenwood (Hogarth/Crown, Feb. 25) traces a family and a forest across generations; Allan Drummond, whose new picture book, Solar Story: How One Community Lives Alongside the World’s Biggest Solar Plant (Farrar, Straus and Giroux, March 17), is part of his series of books about sustainability for children; and Anuradha Rao, whose YA book One Earth: People of Color Protecting the Planet (Orca, April 7) correctly positions the activism of Indigenous people and other peoples of color at the forefront of the environmental movement.

Our editors have also compiled an Earth Day reading list—encompassing fiction, nonfiction, children’s, and young adult titles—about the Earth, climate change, and climate activism. Although we’re at a distressing crossroads in our planet’s history, it’s stirring to see so much knowledge and creativity applied to this pressing issue. Reading about and understanding the problem is the first—but only the first—step to solving it.