8 Great YA Reads From Indigenous Authors 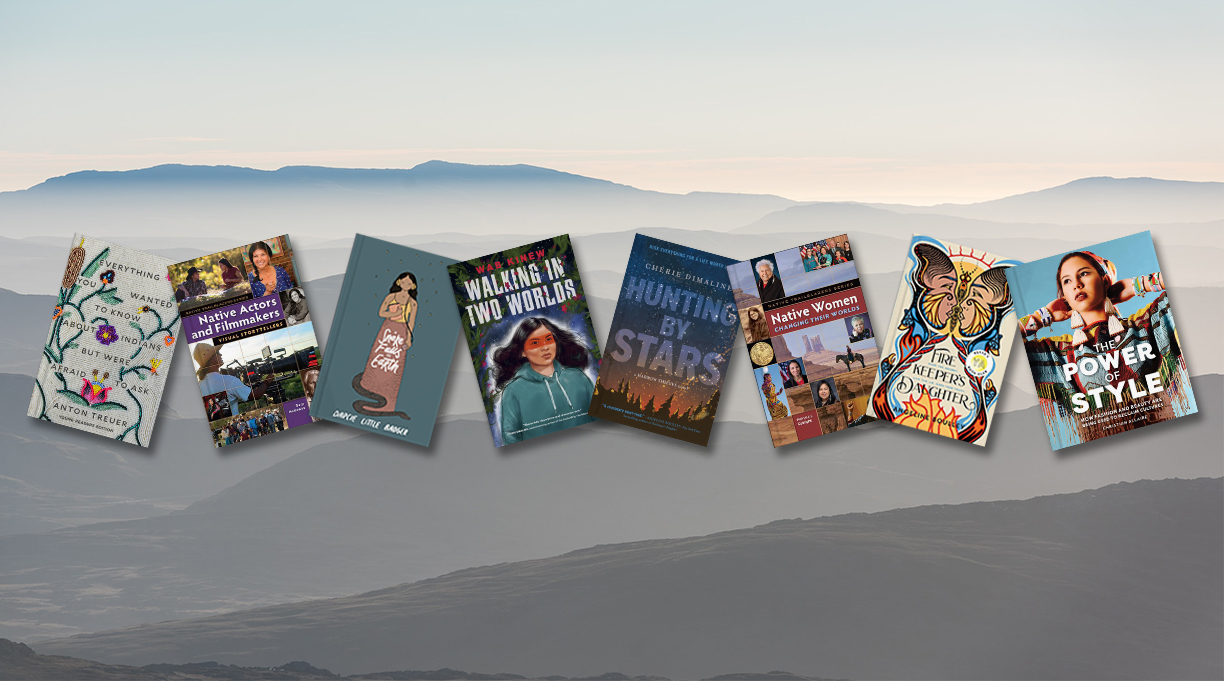 We don’t need a particular reason to read and appreciate works by Indigenous writers, but since November is Native American Heritage Month and the American Indian Library Association is running the Read Native 2021 challenge, there’s all the more reason to indulge—especially with the great assortment of fiction and nonfiction titles to choose from.

The Power of Style by Christian Allaire, illustrated by Jacqueline Li (Annick Press, April 27): Allaire, who is Ojibwe from the Nipissing First Nation Reserve, shares his enthusiasm and encyclopedic knowledge of fashion in this visually engaging and extraordinarily inclusive guide to clothes, makeup, and hairstyles—and the ways they intersect with culture and gender norms and activism throughout history and across cultures.

Firekeeper’s Daughter by Angeline Boulley (Henry Holt, March 16): This novel is both a nonstop thriller and a work of thoughtful social commentary. Boulley (Ojibwe) introduces readers to Daunis, a teenager in Sault St. Marie, Michigan, who is pulled between her mother’s wealthy White relatives and her father’s Anishinaabe community, where she feels a strong connection despite not being tribally enrolled. Subjects such as drugs, sexual assault, murder, and racism are all handled with care.

Native Women Changing Their Worlds by Patricia Cutright (7th Generation, April 28): This collective biography by Cutright, who is Lakota and an enrolled member of the Cheyenne River Sioux, is a lovely tribute to 12 influential Indigenous women who have achieved professional success in a broad range of endeavors from science to politics and beyond. Each profile provides a sense of the context from which the subject emerged and the challenges she overcame.

Hunting by Stars by Cherie Dimaline (Amulet/Abrams, Oct. 19): In a sequel to her 2017 hit, The Marrow Thieves, Dimaline, a member of the Georgian Bay Métis Nation, continues her moving tale of Indigenous futurism set in a dystopian world in which Native people are hunted for their bone marrow. A hardy group of survivors who have managed to avoid capture are attempting to escape across the Canadian border to the U.S., but when one of their own is taken, everything changes.

Walking in Two Worlds by Wab Kinew (Penguin Teen, Sept. 14): Anishinaabe author Kinew conjures up not one but two richly realized worlds. There’s the reserve, where Bugz’s mother is chief and where she goes to school like an ordinary if socially anxious teen; then there’s the Floraverse, the virtual reality game environment where she’s a champion fighter—and a target of vicious sexism. Drawing on a cultural heritage that is deeply meaningful to her helps Bugz when the two collide.

A Snake Falls to Earth by Darcie Little Badger (Levine Querido, Nov. 9): This entrancing novel from Little Badger (Lipan Apache) draws upon traditional oral storytelling influences to spin a story about the intersection of two worlds: Texas, where teenage Nina is carefully translating a story her great-great-grandmother told her, and the Reflecting World, where cottonmouth snake person Oli is trying to save the life of his toad friend, threatened by humans’ environmental carelessness.

Native Actors and Filmmakers: Visual Storytellers by Gary Robinson (7th Generation, April 28): Short biographical profiles by Robinson, who is of Choctaw and Cherokee descent, introduce readers to 12 Indigenous people who had an influence on the entertainment industry. The subjects include creatives involved in every step of the process—writing, directing, producing, acting, and cinematography—and their lives and work are truly inspirational.

Everything You Wanted To Know About Indians but Were Afraid To Ask (Young Readers Edition) by Anton Treuer (Levine Querido, April 6): This frank and comprehensive guide, an update to Ojibwe academic Treuer’s 2012 work for adults, is essential reading even for those well beyond their teens. A range and depth of subjects are covered—history, language, politics, education, activism, and more—all addressed in a digestible and highly informative format.