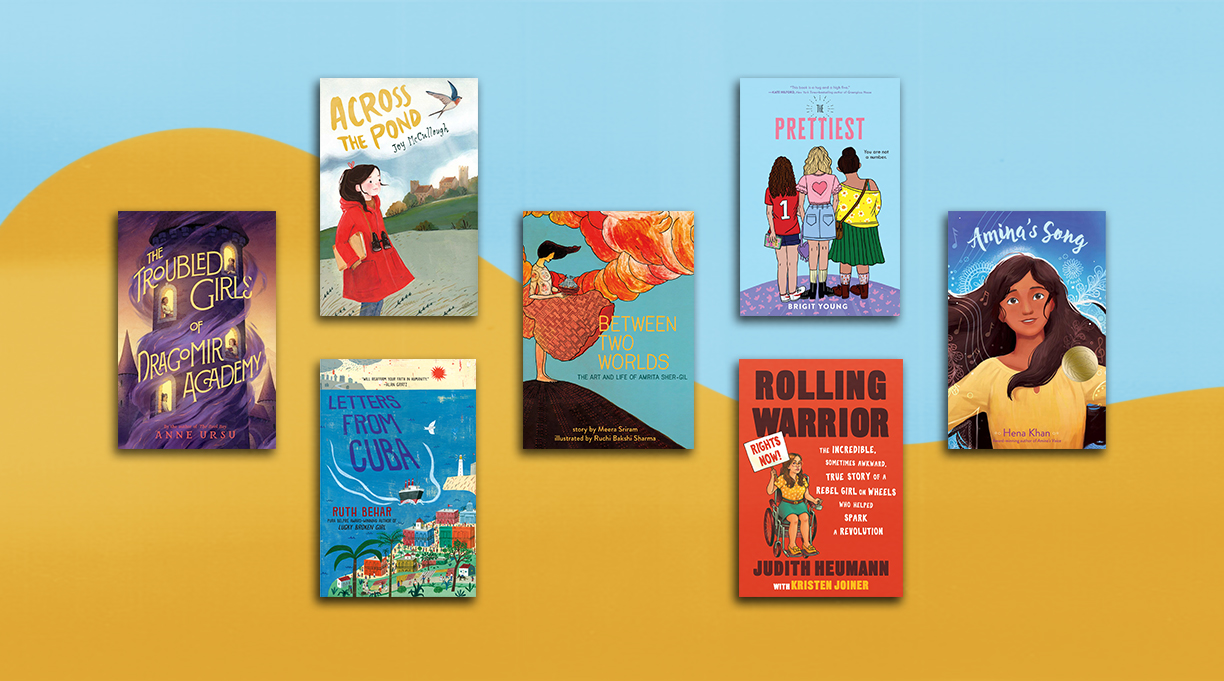 “Feminism works toward the equality of people of all sexes and genders with a particular concern for eradicating gender-based discrimination,” according to the criteria for Rise: A Feminist Book Project, whose members annually select top feminist titles for children and young adults. A recent webinar marking the project’s 20th anniversary included valuable history and context as well as comments from members past and present. Founding member Jennifer Baltes recalled Rise’s origins: Librarians, discussing the state of literature for young people after an American Library Association Midwinter conference, “bemoaned the lack of publishing of and recognition for feminist books for youth” and hoped for more than titles starring “ ‘feisty’ or ‘plucky’ heroines. Blech.”

Nel Ward, another founding member, emphasized that “the choice to build a broad list, rather than appointing one book as ‘the best feminist book of the year,’ was...a feminist choice that prioritized representation and community over prestige.” Having joined Rise in March 2021, I agree wholeheartedly with past member Joy Warland, who said that being part of a group of readers who “passionately yet respectfully disagree is one of the greatest things I have ever experienced.” Together, our nine members read many hundreds of books, nominated and discussed 149 during 24 hours of Zoom discussions, and selected 104 for our final list. This body of work—two decades’ worth of carefully curated lists of books addressing critical biases that negatively affect all young people’s lives—is a treasure. Since we’re in the midst of Women’s History Month, I’d like to take a moment to reflect on just a few remarkable middle-grade reads.

Letters From Cuba by Ruth Behar (Nancy Paulsen Books, 2020): In 1938, Esther, a Jewish Polish girl inspired by Behar’s grandmother, joins her father in Cuba, courageously and cleverly helping him earn enough to bring the rest of their family to safety.

Rolling Warrior: The Incredible, Sometimes Awkward, True Story of a Rebel Girl on Wheels Who Helped Spark a Revolution by Judith Heumann with Kristen Joiner (Beacon Press, 2021): Advised to attend college by a high school counselor who believed that as a wheelchair user she wouldn’t be able to count on finding a husband to support her, Heumann overcame barriers to become an influential international disability rights activist.

Amina’s Song by Hena Khan (Salaam Reads/Simon & Schuster, 2021): A living history assignment poses a challenge for Pakistani American Amina. How can she help her classmates understand there’s more to Pakistan than the negative stereotypes of gender-based oppression they’ve unquestioningly absorbed?

Across the Pond by Joy McCullough (Atheneum, 2021): When American Callie feels lost after moving to rural Scotland, she discovers the joys of birding. Confronting hostile sexism in the local birding club brings new friends and allies into her life.

Between Two Worlds: The Art & Life of Amrita Sher-Gil by Meera Sriram, illustrated by Ruchi Bakshi Sharma (Penny Candy, 2021): During her tragically short life, Hungarian and Indian painter Sher-Gil (1913-1941) trained in Paris and, inspired by European and Asian artistic traditions, broke cultural and gender barriers to leave a lasting mark.

The Troubled Girls of Dragomir Academy by Anne Ursu (Walden Pond Press/HarperCollins, 2021): Banished to a repressive boarding school for wayward girls, Marya, guided by her mentor’s question, “Who does the story serve?” challenges fabrications disguised as history that are designed to uphold a repressive status quo.

The Prettiest by Brigit Young (Roaring Brook Press, 2020): The insidious impact of sexist beauty standards is revealed  after a list of the prettiest girls in their eighth grade class is published, affecting relationships between the tweens and their friends and family.