The 7 Best Science Fiction, Fantasy, and Horror Books for December 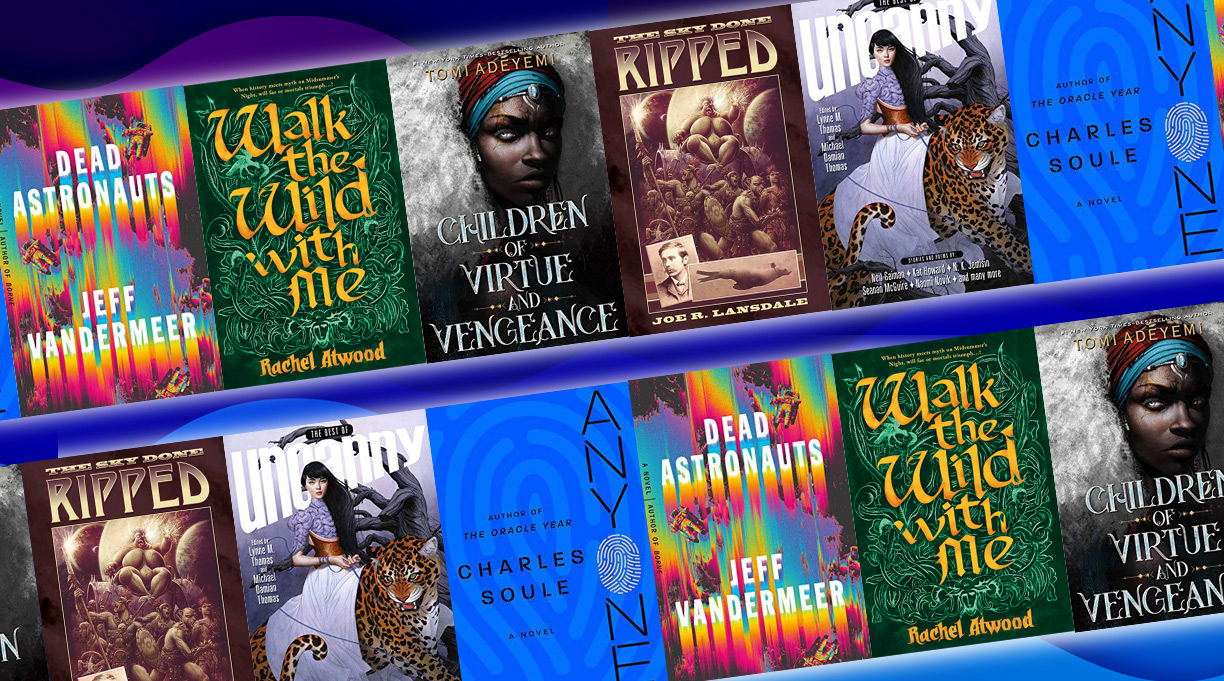 The pages of speculative fiction are offering several great ways to close your year of reading. Check out these terrific science fiction, fantasy, and horror reads.

Adeyemi burst onto the literary scene last year with Children of Blood and Bone, a Kirkus Prize Finalist and one of the best science fiction and fantasy novels of 2018. Her debut was about an evil monarchy’s attempts to eradicate magic from the land of Orïsha—a maneuver that led to the death of young Zélie Adebola’s magic wielding mother. In the sequel, the second book of the Legacy of Orïsha series, magic has returned, but it spells bad news for Zélie. Those with magical ancestry gain mystical abilities, but, unfortunately, that includes the oppressive nobles. Zélie’s struggles to bring the kingdom together face even higher stakes: a looming civil war pitting the classes against each other, where magic will undoubtedly be used as a weapon.

Walk the Wild With Me by Rachel Atwood (DAW, Dec. 3)

Atwood’s enchantment-infused historical novel mixes elements from Robin Hood and Arthurian myth to create a mystical atmosphere to tell the story of a daring rescue. Nick Withybeck, orphaned as a toddler and raised at Locksley Abbey outside Nottingham, has always been curious. It was his curiosity that led to the discovery of a magical artifact that allows him to hear the voice of Elena, a Celtic goddess. The artifact also enables Nick to see that some of the people—such as Robin Goodfellow and the Green Man (known to mortals as Little John)—at a village celebration are actually fantastical creatures of the wood. When Little John’s love is kidnapped, he asks for help, counting on Nick’s newfound abilities to help rescue her from the clutches of Queen Mab of the Faeries.

Anyone  by Charles Soule (Perennial/HarperCollins, Dec. 3)

Science fiction’s raison d’être is examining the implications of technology on society. Soule contributes to that mission with this thought-provoking near future thriller about a technology that permits the transfer of human consciousness from one body to another, and the havoc it wreaks upon the world. The technology is accidentally created by scientist Gabby White, while she is searching for a cure for Alzheimer’s. Her serendipitous discovery leads to world-changing events in just about every industry. The company that is legally allowed to perform the ultimate out-of-body experience has a motto: You can “be anyone with Anyone.” But for all the good that comes from consciousness transference, the downside includes a black market called darkshare, where desperate people rent themselves out as anonymous vessels so others can dabble in illicit acts.

Since it is set in the same strange world as his 2017 novel, Borne, (one of the best Science Fiction/Fantasy books of 2017), it is perhaps no surprise that VanderMeer’s Dead Astronauts contains all manner of bizarre creatures and occurrences. Also remarkable is the imagination on display in the surreal depictions of the unnamed city where three astronauts (or versions of them—there are alternate realities at play here) go up against the company whose failed biotech experiments may have unleashed creations previously thought impossible. The ethereal story plays with timelines and alternate realities to the extent of making the book an experience. Readers will marvel at sights that range from a messianic blue fox on a mission to an ancient giant fish. Dead Astronauts has already been optioned by Paramount Pictures; it will be interesting to see how they film this hallucinogenic treat.

Lansdale may have one foot planted in crime fiction with his famous Hap and Leonard series, but the other stands firmly in the realm of glorious pulp fiction. Case in point: his novels Zeppelins West and Flaming London, eclectic mixes of weird western and alternate history, with literary characters come to life and a talking seal named Ned. The Sky Done Ripped features Ned and H. G. Wells on their way home from dimension-hopping exploits with two shipwreck survivors in tow, on a lost world populated with dinosaurs, intelligent apes, an ape-man, human-eating birds, cannibals, and a Golden Fleece with curative powers. If any of that sounds intriguing, you’re primed and ready for Lansdale in full-blown pulp fiction mode.

As I’ve noted before in this space, one of the best places to read good science fiction and fantasy for free is Uncanny Magazine. Since its first appearance five years ago, it has published consistently excellent fiction. Chalk that up to the tireless efforts of editors Lynne M. Thomas and Michael Damian Thomas, who have a keen eye for quality. This anthology collects the best stories from the first 22 issues, with contributions from Charlie Jane Anders, Elizabeth Bear, Delilah S. Dawson, Aliette de Bodard, Amal El-Mohtar, Maria Dahvana Headley, Kat Howard, N.K. Jemisin, Mary Robinette Kowal, Seanan McGuire, Sam J. Miller, Naomi Novik, Sofia Samatar, Catherynne M. Valente, Fran Wilde, Alyssa Wong, Caroline M. Yoachim, and others. The Best of Uncanny is your perfect excuse to read more short fiction.

Are you in the middle of a science fiction or fantasy series? There are plenty of sequels coming out this month as well. Check below to see if your next series read is finally here: