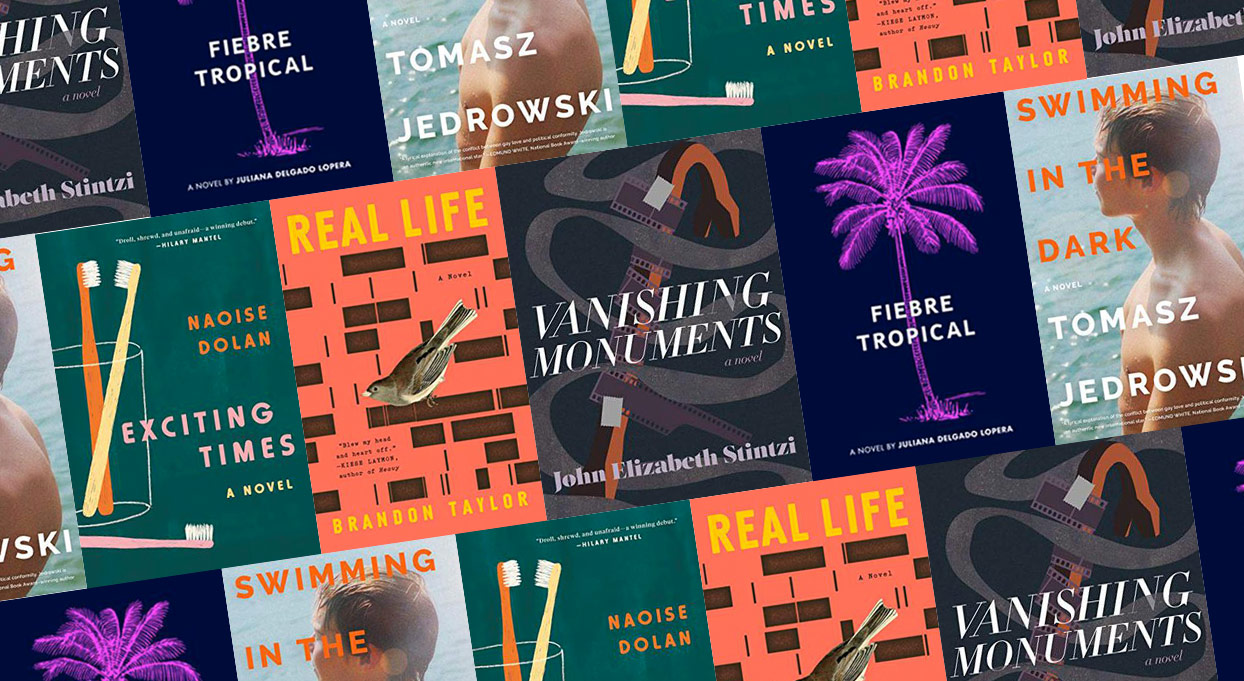 There must be novelists sitting at home right now, taking notes on this socially distanced year and thinking about how to translate it into fiction. They could start by looking at novels written during the AIDS epidemic: Classics such as People in Trouble by Sarah Schulman, The Farewell Symphony by Edmund White, and The Irreversible Decline of Eddie Socket by John Weir are models of how to record and begin to interpret a calamity while living through it.

Larry Kramer lived through that calamity and fought hard to make the U.S. government address it. Originally known as a playwright, Kramer published the second volume of his massive two-part novel, The American People (Farrar, Straus and Giroux, Jan. 7), a few months before his death in May. Our starred review called it “an acerbic, brilliant history of the age of AIDS” and said “though the book is a flawless exercise in black humor, it is also filled with righteous anger—and, as each page indicates, not without good reason. Idiosyncratic, controversial, and eminently readable.”

This is LGTBQ+ Pride Month, of course, and there are many other great books to choose from—and a particularly exciting crop of first novels.

Irish novelist Naoise Dolan’s debut, Exciting Times (Ecco, June 2), is about “a young millennial who finds herself in a love triangle with a man and a woman.” Ava lives in Hong Kong teaching English; she begins a relationship with Julian, an English banker, and moves into his apartment. When Julian returns to England for a project, Ava falls for a local lawyer named Edith. Our review says, “Dolan’s preoccupation with power is often couched in humor but always expertly observed. Her elegantly simple writing allows her ideas and musings to shine.”

Tomasz Jedrowski was born in France to German parents and now lives in France, but he wrote his first novel, Swimming in the Dark (Morrow/HarperCollins, April 28), in confident English. “A broody tale of gay love and life behind the Iron Curtain,” it tells the story of a clandestine affair in the early 1980s between Ludwik and Janusz, two young men whose divergent approaches to living in a repressive state will come between them.

In John Elizabeth Stintzi’s Vanishing Monuments (Arsenal Pulp Press, May 5), a nonbinary photographer goes back to their childhood home after decades away when their mother’s dementia worsens. Our review called it “a surreal, poetic meditation on the struggle to feel at home with the past, family, and one’s own body.”

Literary Hub staff writer Brandon Taylor’s Real Life (Riverhead, Feb. 18) is about a black grad student named Wallace who’s conducting genetic experiments on nematodes and trying to make his relationship with a guy named Miller work, but Miller isn’t even sure he’s gay. Our review pointed out that having moved from Alabama to the Midwest, Wallace “has a lot of whiteness to adjust to,” and said the book’s “unflinching forays into our culture wars are clear-eyed.”

If you’re in the mood for something lighthearted, try Meryl Wilsner’s Something To Talk About (Berkley, May 26), a delightful f/f romance about a Hollywood showrunner and her assistant. “Their mutual attraction is strong throughout, but their age difference and employer-employee relationship create caution, which turns this into a very slow burn….A sparkling debut.”