6 Fiction Books That Should Be in Your Future 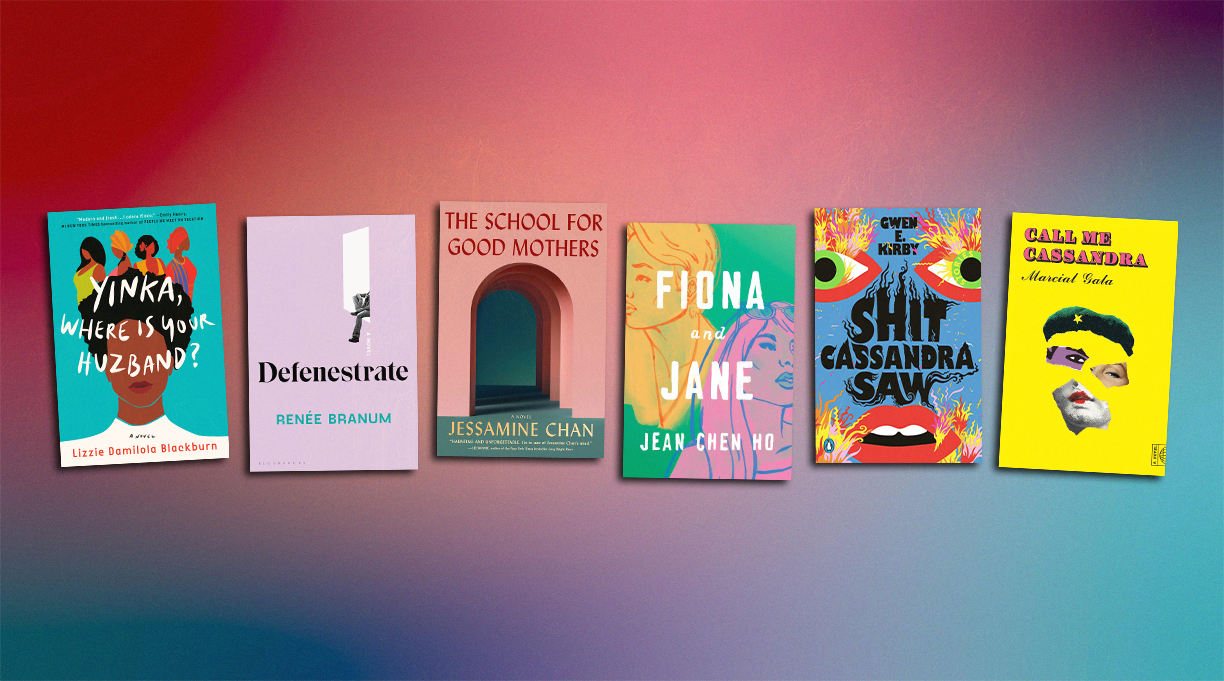 Background by Thomas Lefebvre on Unsplash

January is always a time for looking ahead, so why not read a book about Cassandra, who was doomed to see the future but never be believed. This month, there are two to choose from: Call Me Cassandra, a novel by Cuban-born author Marcial Gala and translated by Anna Kushner (Farrar, Straus, and Giroux, Jan. 11), and Shit Cassandra Saw, a book of short stories by Gwen E. Kirby (Penguin, Jan. 11).

Gala transposes the Greek myth to Cuba in the 1970s and ’80s, when Castro was sending soldiers to Angola to fight in that country’s civil war. Rauli, Gala’s protagonist, who believes he’s the reincarnation of Cassandra, is a “slight, fair, bookish boy who likes to wear dresses in a culture that prizes machismo,” according to our starred review. “His difference will make him a target—for other kids, for his fellow soldiers, for the captain who brutally abuses him—but it also gives meaning to a life that he knows will be short. Because he has Cassandra’s curse, he knows that he will die in Angola at 19.” Our review calls the book “a haunting meditation on identity and violence.”

Kirby’s stories focus on the lives of various women from history and myth, including Cassandra, who manages to get the last laugh; as our starred review says, she “relishes the delicious irony that ‘Trojan will not be synonymous with bravery or failure, betrayal or endurance,’ but with condoms.” There are 19th-century Welsh witches and whores as well as contemporary women who refuse to stay in line. Our review concludes that “with zany plots, unconventional forms, and playful, poetic language, these stories delight at every turn.”

Those two books are both debuts, and if they don’t appeal to you, there are plenty of others coming out this month. Try Fiona and Jane by Jean Chen Ho (Viking, Jan. 4), a series of linked stories about two friends who play major roles in each other’s lives as they move from adolescence to young adulthood. Ho“adept[ly] captures…childhood confusion, teenage angst, and adult malaise,” according to our review. Or how about Lizzie Damilola Blackburn’s Yinka, Where Is Your Huzband? (Pamela Dorman Books/Viking, Jan. 18), about “a 31-year-old British Nigerian Oxford graduate [who] is being driven bonkers by the quest to find a man and a job on a very tight schedule,” which, according to our review, is “a sassy, spirited story.”

The School for Good Mothers by Jessamine Chan (Simon and Schuster, Jan. 4) is a satire of contemporary parenthood in the guise of a woman-in-prison story à la Orange Is the New Black. Frida, the divorced mother of a toddler, is separated from her daughter after leaving her home alone—in an exersaucer!—while she ran out to get coffee and pick up something from the office. No one would argue that that was a good idea, but it plunges Frida into a Kafkaesque world of bureaucracy and surveillance that ends with her being sent to a reform school for wayward mothers. Our starred review calls the book “an enthralling dystopian drama that makes complex points about parenting with depth and feeling.”

Finally, as someone who’s fond of words with strangely specific meanings (antepenultimate, anyone?), I was thrilled to discover Renée Branum’s Defenestrate (Bloomsbury, Jan. 25). Twins Marta and Nick have always been warned that their family members have an eerie tendency to be injured or killed by falls ever since a forebear pushed someone out a window in Prague. After Nick comes out as gay and his mother disowns him, the siblings move to Prague to confront their history. Our starred review says this is “a serious story, luminously told.”