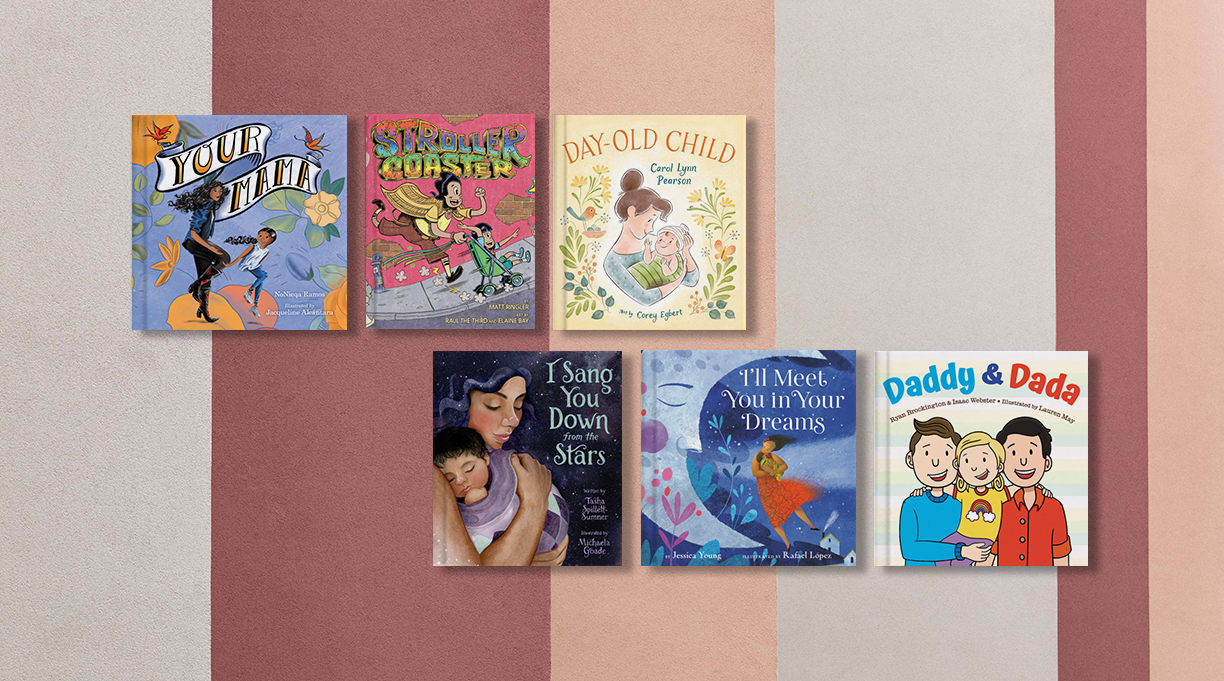 Everyone knows we need more diverse books for kids. But how do we measure progress? The gold standard is the Cooperative Children’s Book Center’s annual report of Diversity Statistics, which measures the numbers of books both by and about Black, Indigenous, and people of color against the total number of books published for children. One of my favorites, however, is what I call the Hallmark holiday metric: How many books published with an eye toward commercial success offer mirrors for Black, Indigenous, people of color, and LGBTQ+ families? Five years ago, I lamented that of the 31 picture books in our Mother’s Day and Father’s Day roundup, a whopping three featured characters of color. Fifteen featured nonhuman characters. And what about LGBTQ+ characters? Completely absent.

So how do things look now? Notably, our Mother’s Day and Father’s Day 2021 roundup is significantly smaller, with just 15 titles, perhaps reflecting market saturation of mommy and daddy fuzzy-animal books—only three concern nonhumans. And from a diversity standpoint, the numbers show real improvement. Of the 12 depicting humans, two present two-dad families, two celebrate Latinx parents, one records an Indigenous mother’s preparation for her child’s birth, one depicts a South Asian mother-and-son pair, and two opt for a collective approach.

Delightfully, many of these books are better than the often syrupy norm for the genre, which should prompt sharing well beyond the holidays they are published to coordinate with.

Possibly the most delightful thing about this year’s crop is the completely coincidental appearance of NoNieqa Ramos and Jacqueline Alcántara’s Your Mama (Versify/HMH, April 6) and Matt Ringler, Raúl the Third, and Elaine Bay’s Strollercoaster (Little, Brown, May 4). The former a celebration of motherhood and the latter of fatherhood, they come together to give Latinx families culturally distinctive experiences. Your Mama plays on “yo’ mama” jokes in the text, and the illustrations add a tattoo motif as a mother and child go about days full of love and companionship. Strollercoaster sees a dad managing his toddler’s tantrum with a high-speed zoom in the stroller through the barrio that zings with excitement even as it (finally) puts the tot to sleep.

In I Sang You Down From the Stars (Little, Brown, April 6), Inniniwak author Tasha Spillett-Sumner and Tlingit illustrator Michaela Goade combine talents to deliver a lyrical, Indigenous meditation on the bond between mother and child that begins before birth. Speaking throughout to her child, the mother describes gathering sacred items and then welcoming the baby into a community of love.

Two-dad couple Ryan Brockington and Isaac Webster turn their family story into a celebration and validation of the many different family structures children see nowadays in Daddy Dada (Little, Brown, May 4). Four-year-old Rumi introduces readers to her family, both nuclear and extended, and the families of many of her friends as well. Illustrator Lauren May depicts Rumi and her family as White and surrounds them with families that vary in gender and racial presentation.

Corey Egbert populates his illustrations for Carol Lynn Pearson’s poem Day-Old Child (Gibbs-Smith, March 9) with four mother-child pairings, offering racially diverse representation among the families of these babes (one of them an interracial two-mom couple). This inclusive, explicitly religious offering is a rarity.

Rafael López also opts for a collective cast to illustrate Jessica Young’s lyrical I’ll Meet You in Your Dreams (Little, Brown, March 9), giving readers two separate parent-child pairings—both people of color— to follow as the children grow from babies to adults, with the parent figures expressing their love and support throughout their offspring’s life changes. These characters are beautiful but also rendered porously enough to allow many families in.

There are gaps, to be sure. But that’s progress.