4 Adaptations To Watch in May 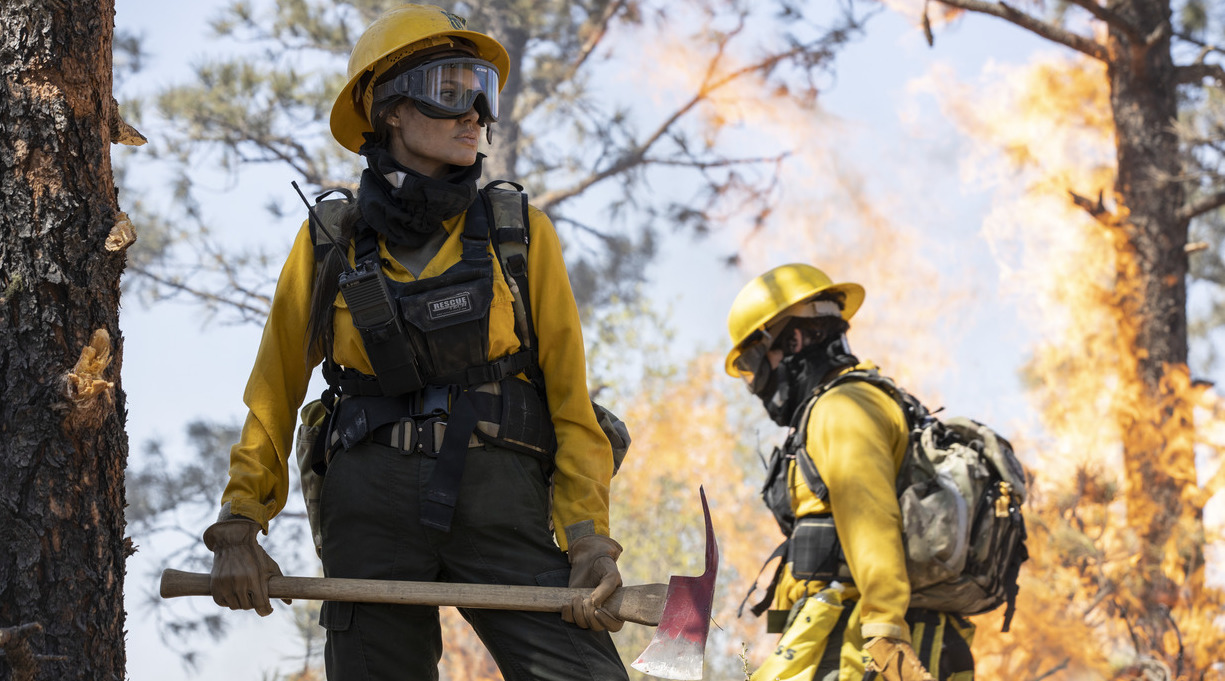 Angelina Jolie in ‘Those Who Wish Me Dead.’ Photo by Emerson Miller/Warner Bros. Entertainment

Watch for Kirkus’ upcoming columns on The Underground Railroad, Barry Jenkins’ limited series based on Colson Whitehead’s Pulitzer Prize–winning 2016 novel, and the film Cruella, which tells the origin story of the villain from Dodie Smith’s children’s novel The Hundred and One Dalmations. Until then, here are four other adaptations headed to big and small screens during the month of May:

In Walter Dean Myers’ 1999 YA novel, Steve Harmon, a Black teenager, is an aspiring filmmaker accused of being an accomplice in the killing of a drugstore owner. While he’s in prison, before and during his trial, he tells his story in the form of a movie script, interspersed with more straightforward journal entries. The new film version features an excellent cast, including Waves’ Kelvin Harrison Jr. as Steve, Emmy and Tony Award winner Jeffrey Wright, Oscar winner Jennifer Hudson, and Watchmen’s Tim Blake Nelson. Director Anthony Mandler and cinematographer David Devlin, both accomplished music-video creators, appear to lean into the book’s cinematic aspects, and the New York City setting looks stunning.

May 14: Above Suspicion (Film and Video-on-Demand Premiere)

This thriller film, based on Joe Sharkey’s 1993 true-crime book, tells the story of FBI agent Mark Putnam (played by Boardwalk Empire’s Jack Huston) and his informant, Susan Smith (Game of Thrones’ Emilia Clarke), who helped him put away a bank robber in the late 1980s. The married Putnam and Smith had an affair that ended in a murder—one that went unsolved for a full year. Kirkus’ reviewer praised the book’s “vivid characters, knuckle-biting revelations, and psychological wallop,” and director Phillip Noyce certainly knows his way around thrillers; his resume includes the 1990s movie versions of Tom Clancy’s technothrillers Patriot Games and Clear and Present Danger, as well as the wonderful 2010 spy film Salt.

May 14: Those Who Wish Me Dead (Film and HBO Max Premiere)

In this film adaptation of Michael Koryta’s Kirkus-starred 2014 thriller, Academy Award winner Angelina Jolie plays a Montana firefighter who parachutes into forest blazes. The movie’s main plot involves her protecting a young murder witness from gunmen, but viewers will be equally as interested in the film’s impressive pyrotechnic visual effects. It’s directed and co-written by Taylor Sheridan, who wrote the justifiably acclaimed 2016 crime drama Hell or High Water.

May 21: The Dry (Film and Video-on-Demand Premiere)

Jane Harper’s Kirkus-starred 2017 debut provides the basis for this movie, which stars Dirty John’s Eric Bana. In the novel, Australian federal agent Aaron Falk looks into the demise of his best friend, Luke Hadler, who apparently killed himself, his wife, and his young child. Things are further complicated by the fact that, two decades ago, Luke gave Aaron an alibi when the latter was accused of killing his girlfriend. The film appears to make ample use of its sun-blinded, starkly picturesque Australian setting, and Bana is always a reliably intense presence. Fans of the Star Wars saga may also recognize Bana’s co-star, Genevieve O’Reilly, who memorably appeared as the formidable Rebel leader Mon Mothma in multiple films.