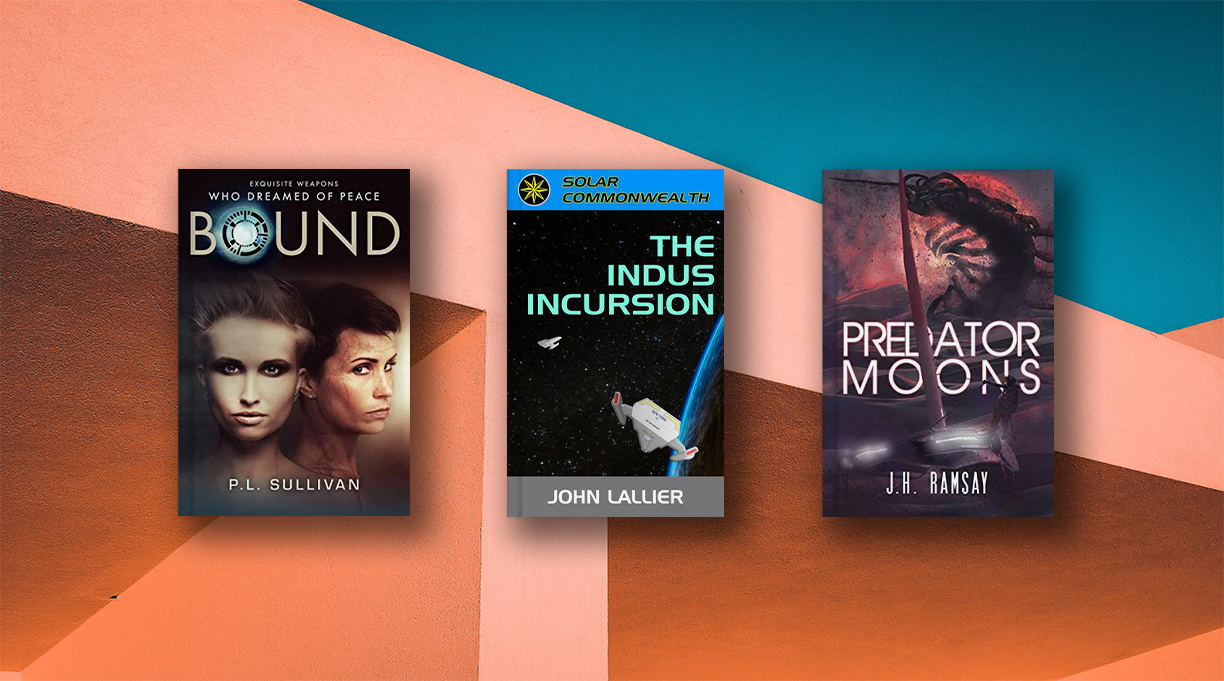 A damaged spaceship operated by catlike aliens inadvertently veers too close to a remote human colony in John Lallier’s The Indus Incursion. Part of the Solar Commonwealth, Earth once fought the aliens, called the Feorae, in a battle on an inhabited planet. After the Commonwealth sends alerts, some starship officers want retribution for the hundreds killed in that skirmish, while others wish to avoid a disastrous conflict. “A well-told tale of galactic problem-solving and command-chair decision-making,” our reviewer writes.

Predator Moons by J.H. Ramsay delivers a late-21st-century world where humans use a teleportation system to visit myriad planets. Isaiah Erickson, an anthropologist and arms dealer, travels to the planet Conrad to hunt for addictive alien wasp venom. Chloe Keating, a graduate student, heads to the planet Hobbes to gather huge centipedes. Their singular quests will eventually intersect. Our critic calls the book “a memorable voyage through a brutal human society, bizarre alien environments, and elastic realities.”

In P.L. Sullivan’s Bound, a formidable warrior with two distinct personalities and special abilities must obliterate the source of a treacherous infection. Adin/Shennan serves on the Keld Special Action force, which annihilates worlds that threaten the Polis federation. If she fails to decimate the source, an infected planet faces destruction. According to our reviewer, this “brilliant tale” provides “a universe and protagonist that are impressively well realized.”

Myra Forsberg is an Indie editor.