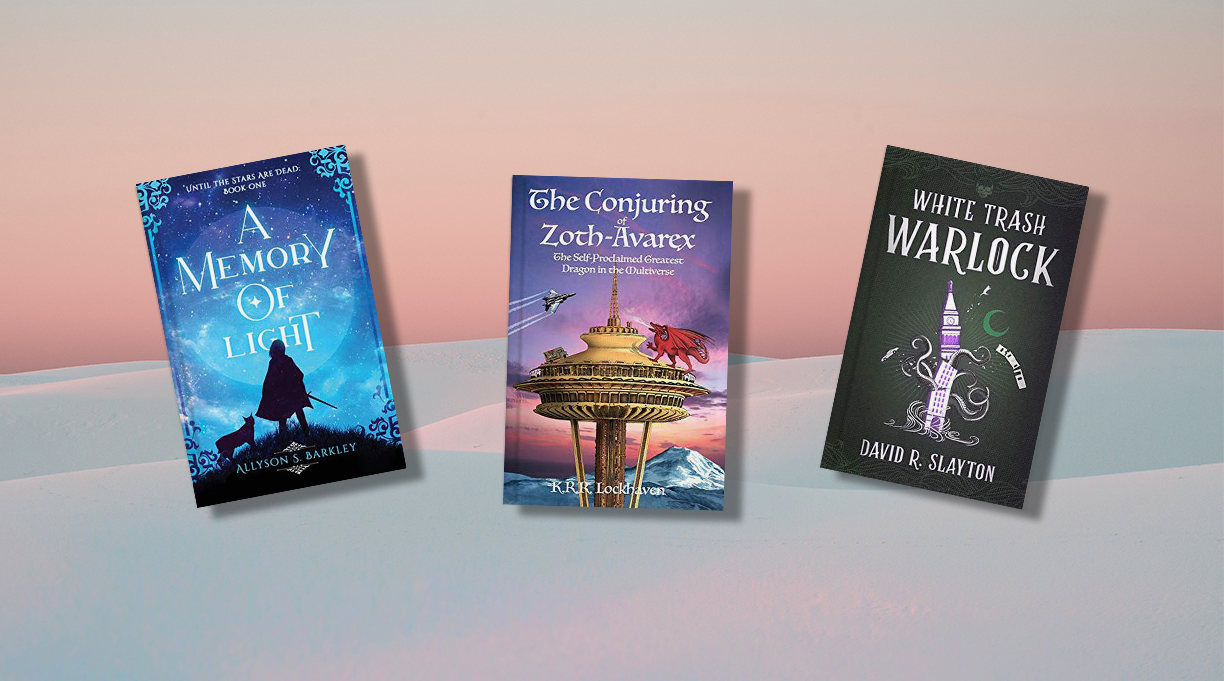 Background by John Fowler on Unsplash

While we feverishly wait for HBO’s Game of Thrones prequel to finally appear, fantasy fans can submerge themselves in other incredible realms filled with magnificent creatures and complex heroes. These worlds feature elves, magicians, and even a cunning beast called Zoth-Avarex, who’s way smarter than the average dragon. Kirkus Indie recently reviewed three fantasy novels with memorable characters.

In K.R.R. Lockhaven’s The Conjuring of Zoth-Avarex, a secret West Coast institute produces a dragon to aid American interests. But the creature has his own agenda, kidnapping a conjurer named Silvia Flores and becoming a global media star. At one point, Zoth-Avarex proudly asserts: “I’m a super-intelligent force of nature. I made your Einstein look like a preschooler the day I cracked out of my egg.” Our reviewer calls the tale “irreverent and utterly charming.”

Allyson S. Barkley’s A Memory of Light focuses on Ari, a 22-year-old thief who must steal a dragith stone from the Capital city. Ari and her beloved bobcat, Jag, need a talented partner to complete this perilous journey, choosing a novice sorcerer. The trio’s trek takes them across a land in the midst of a civil war. “An understated and atmospheric tale from a strong new voice in the genre,” our critic writes.

An impoverished gay protagonist with the Sight attempts to help his sibling in David R. Slayton’s White Trash Warlock. Adam Binder, a warlock living in a trailer park, can see the Other Side, a supernatural world filled with demons, elves, and lizard people. One day, Adam’s estranged brother, Robert, asks for assistance. Robert’s wife, Annie, has been behaving oddly. Adam discovers a formidable dark force and forms an alliance with a Denver police officer to battle the foe. According to our reviewer, the book offers “a stylish urban fantasy with fully realized characters.”

Myra Forsberg is an Indie editor.