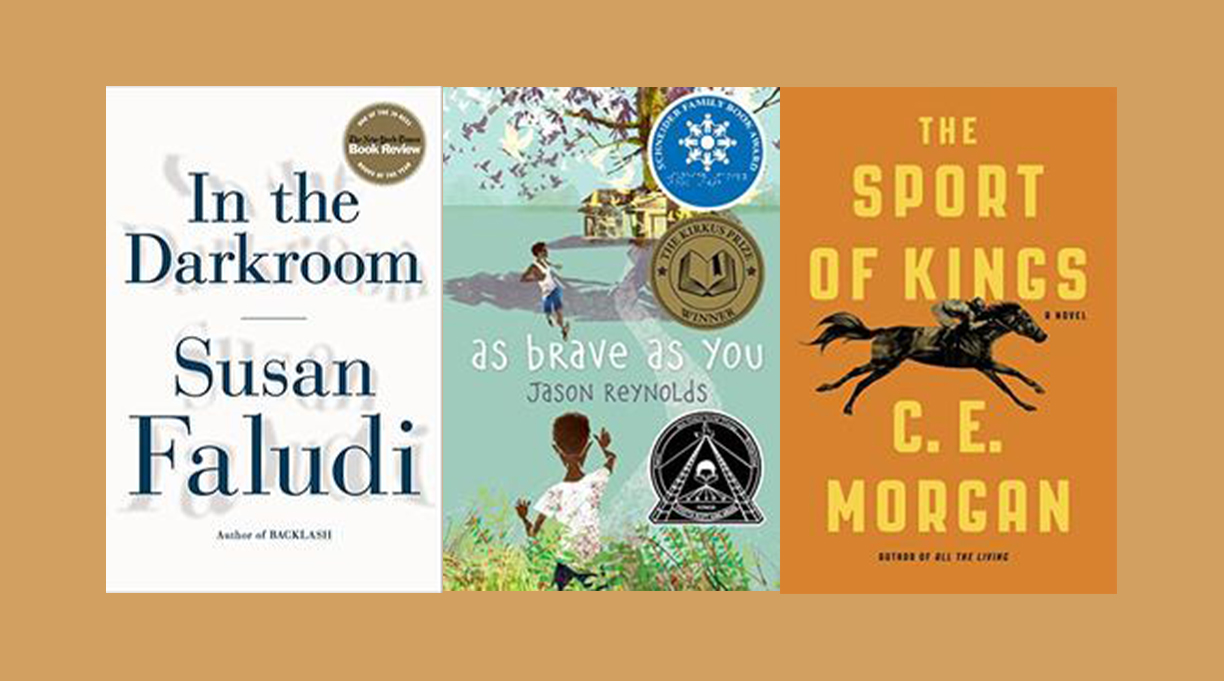 At a special ceremony tonight in the penthouse of the Four Seasons Residences in Austin, Kirkus Reviews, the nation’s leading journal of prepublication book reviews, announced the winners of the third annual Kirkus Prize in the categories of fiction, nonfiction and young readers’ literature. This year’s winners were chosen from the 1154 titles that received a starred Kirkus review between Nov. 1, 2015 and Oct. 31, 2016 (for fiction and nonfiction) and Oct. 1, 2016 through Sept. 30, 2016 (for young readers’ literature). Each winner receives a cash prize of $50,000, making the Kirkus Prize one of the richest annual literary awards in the world.

The winners of the 2016 Kirkus Prize are:

THE SPORT OF KINGS by C.E. Morgan (Farrar, Straus and Giroux)

An epic novel steeped in American history and geography, The Sport of Kings tells the story of three generations of white Southerners tainted by the enduring legacy of slavery and an African-American family whose story is inextricably tied to theirs. Vaultingly ambitious and thrillingly well-written, the novel is charged with moral fervor and rueful compassion.

ex-convict Allmon Shaughnessy, whose passage from Cincinnati’s meaner streets to working in the Bluegrass State horse stables belonging to the imperious Henry Forge and his magnetic daughter, Henrietta, is recounted in a dark, rich blend of evocative description and stream-of-consciousness. It is a profoundly orchestrated work that is both timeless and up-to-the-minute in its concerns, the most notable of which is what another Kentucky-bred novelist, Robert Penn Warren, once labeled “the awful responsibility of time.”

IN THE DARKROOM by Susan Faludi (Metropolitan/Henry Holt)

A moving and penetrating inquiry into manifold struggles for identity, community, and authenticity, Pulitzer-Prize winning journalist Susan Faludi’s In The Darkroom investigates the “fluidity and binaries” of modern transsexuality after receiving an email from her estranged father announcing that he had undergone gender reassignment surgery.

Kirkus Prize Judges’ Statement: “Susan Faludi’s In the Darkroom is a compelling, lyrical, and candid exploration of identity, gender, and the intensely complex relationship between a transgendered father and her daughter. More than memoir, or biography, it’s a detective story with two unforgettable characters at its center: an authoritarian Hungarian refugee who escapes the Holocaust; and Faludi

herself, a feminist icon grappling with an unexpected family revelation. In the Darkroom is a landmark achievement in which Faludi uses her well-honed journalistic talents to tell the most intimate story she could possibly tell, her father’s journey into womanhood.”

Nonfiction finalists: At the Existentialist Café: Freedom, Being, and Apricot Cocktails with Jean-Paul Sartre, Simone de Beauvoir, Albert Camus, Martin Heidegger, Maurice Merleau-Ponty and Othersby Sarah Bakewell (Other Press); Evicted: Poverty and Profit in the American City by Matthew Desmond (Crown); The Black Presidency: Barack Obama and the Politics of Race in America by Michael Eric Dyson (Houghton Mifflin Harcourt); Truevine: Two Brothers, a Kidnapping, and a Mother’s Quest: A True Story of the Jim Crow South by Beth Macy (Little, Brown); Hillbilly Elegy: A Memoir of a Family and Culture in Crisis by J.D. Vance (HarperCollins)

AS BRAVE AS YOU by Jason Reynolds (Caitlyn Dlouhy Books/Atheneum)

In Jason Reynolds’ pitch-perfect novel As Brave as You, an eleven-year-old Brooklynite who has “worry issues” goes into overdrive when he is sent to his estranged grandparents’ home in Virginia; Reynolds gives his readers uncommonly well-developed, complex characters.

Kirkus Prize Judges’ Statement: “Jason Reynold’s As Brave as You has elevated the family story through his textured writing, strong characterization, and the through-line of a complex legacy. From Grandpop’s bird-filled indoor ‘outside’ room to the mysterious house in the woods, Reynolds demonstrates his full command of multiple threads and brings an uncommon level of detail and quirkiness to his

narrative. Through eleven-year-old Genie’s irrepressible curiosity, readers encounter a complex landscape peopled by an ensemble of richly developed characters. Reynolds’ novel, told with compassion, humor, and an eye to historical context, introduces us to a phenomenal, truly unforgettable family.”

2016 marks the third year of the Kirkus Prize. It was created to celebrate the discerning, thoughtful criticism that Kirkus Reviews has contributed to both the publishing industry and readers at large since it was founded in 1933. The previous Kirkus Prize winners are, from 2015: A Little Life by Hanya Yanagihara, Between the World and Me by Ta-Nehisi Coates, and Echo by Pam Muñoz Ryan; and, from 2014: Euphoria by Lily King, Can’t We Talk About Something More Pleasant? by Roz Chast, and Aviary Wonders Inc. by Kate Samworth.