14 YA Books You Don’t Want To Miss This Fall 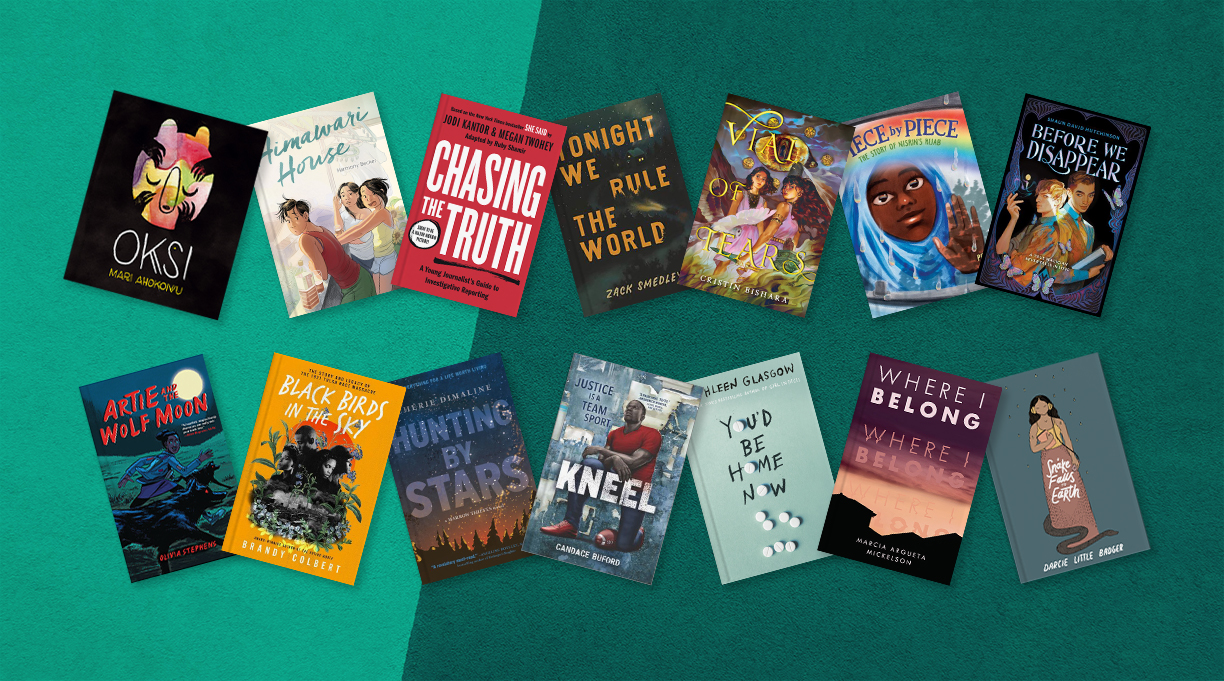 Each year readers can anticipate an avalanche of new publications during the autumn months. Below are just a few 2021 releases that are not to be missed.

Graphic novels make a strong showing with Oksi, written and illustrated by Mari Ahokoivu and translated from the Finnish by Silja-Maaria Aronpuro (Levine Querido, Oct. 12), bringing the visceral magic of folklore to life through intense, evocative illustrations. The Tokyo setting of Himawari House, by author/illustrator Harmony Becker (First Second, Oct. 19), is the backdrop for a devastating, beautifully nuanced look at coming-of-age between cultures. Author and illustrator Priya Huq’s Piece by Piece: The Story of Nisrin’s Hijab (Amulet/Abrams, Sept. 14) introduces readers to a Bangladeshi American teen who is motivated by post–9/11 Islamophobia to learn more about what it means to be Muslim. In the thrilling paranormal adventure Artie and the Wolf Moon, written and illustrated by Olivia Stephens (Graphic Universe, Sept. 7), a Black teen discovers that she’s part of a werewolf community—and learns to fight vampires.

Some great genre fiction is coming our way, including the evocative fantasy Vial of Tears by Cristin Bishara (Holiday House, Oct. 5), which transports readers to the Phoenician underworld alongside Lebanese American teen sisters who come into possession of an ancient coin. Cherie Dimaline (Métis), the 2017 Kirkus Prize winner for young readers’ literature, is back with a sequel to The Marrow Thieves; the nonstop action of Hunting by Stars (Amulet/Abrams, Oct. 19) takes place in a dystopian North America in which Indigenous people continue to resist exploitation and persecution. Shaun David Hutchinson’s Before We Disappear (HarperTeen, Sept. 28) is a suspenseful historical heist fantasy taking place around the 1909 Seattle World’s Fair that is sweetened with romance and centers a queer ensemble cast. The sophomore novel from Darcie Little Badger (Lipan Apache), A Snake Falls to Earth (Levine Querido, Nov. 9), is a creative fantasy that draws upon traditional tales and narrative structures; readers meet a human girl in Texas and a cottonmouth snake person in the Reflecting World whose lives intersect.

Current events inspired some stellar works of fiction, such as Candace Buford’s layered, thoughtful Kneel (Inkyard Press, Sept. 14), which examines the consequences of a Black Louisiana high school football player’s decision to become an activist for racial justice. You’d Be Home Now by Kathleen Glasgow (Delacorte, Sept. 28) is a well-rounded look at the impact of addiction on a White family in a small town as they struggle with secrets and chafe against narrow expectations. In Where I Belong (Carolrhoda Lab, Sept. 7), Marcia Argueta Mickelson weaves a compelling narrative around issues of immigration and xenophobia through the impact on a Guatemalan American teen of being unwillingly placed in the political spotlight. The sensitive subject of sexual assault is handled with care in Zack Smedley’s Tonight We Rule the World (Page Street, Oct. 5); a bisexual White boy struggles with PTSD and the reactions of others in his life to a trauma he tries unsuccessfully to ignore.

Finally, nonfiction is a source of some particularly riveting new titles. Black Birds in the Sky: The Story and Legacy of the 1921 Tulsa Race Massacre by Brandy Colbert (Balzer + Bray/HarperCollins, Oct. 5) goes beyond this particular tragedy to give readers the necessary context to understand the events within the fabric of U.S. history. Chasing the Truth: A Young Journalist’s Guide to Investigative Reporting by Jodi Kantor and Megan Twohey, adapted for young readers by Ruby Shamir (Philomel, Sept. 14), uses the authors’ work on the Harvey Weinstein case to educate teens about the methods and significance of investigative journalism.