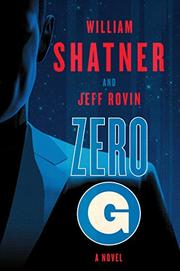 In 2050, the FBI governs outer space, and 80-year-old Samuel Lord has been appointed as associate deputy director of Earth operations on the space station Empyrean. Not long after he takes command of the station, Dr. Saranya May arrives with an ominous claim: her research has been stolen from her lab base on the moon. Before Lord can even begin to sort out what’s happened to May’s research, a tsunami devastates the coast of Japan—one that strikes without warning as one unnatural wave. At the same time, the Chinese space station has gone suspiciously quiet, and Lord begins to suspect that May knows more than she’s letting on. Lord and his crew must quickly unravel the mystery of this catastrophe before another can strike. The book retains the bland feel of a TV drama, something like NCIS: Space Station. Although it has an ethnically diverse cast, they’re little more than window dressing surrounding the white male lead. Lord’s second-in-command is Adsila Waters, a young Cherokee officer whose genetically engineered body is able to change gender at will. Although she should be the book’s most interesting character, instead she’s woefully underdeveloped. Although the authors describe her as “pan-gender,” there’s nothing fluid about it—it’s just a binary switch between two stock options: a woman with an “hourglass figure” and “frank sexual allure” or a man who’s “less emotionally invested in any problem.” Her entire back story seems to be composed of little more than worn-out cliches of Native Americans as magical, noble savages—at work, for example, she listens to the piped-in sounds of desert winds and osprey cries, and during off-hours, she sits in a bar and wonders “whether the spirit of the owl and cougar were indeed guiding her.” Worse still, Lord’s boss frankly admits to Lord that Adsila is only on the space station as a “concession to the diversity cops” so that he could be appointed.