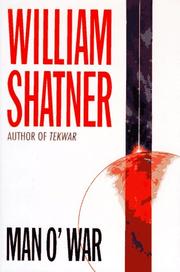 First of a new cycle from the author of the interminable Tek series, this set in the mid-21st century and featuring grumpy fiftysomething career diplomat Benton Hawkes. Having annoyed his politico bosses, Hawkes is coerced into accepting the governorship of Mars, where a giant problem is looming: The red planet is a huge factory churning out essential food and goods for Earth's desperate billions, but the Martian workers are kept in virtual slavery. Hawkes finds himself in deep trouble before he leaves Earth, what with the bomb under his car and then a military assault on his mountain farmstead; the bad guys even shoot his dog. But several assassination attempts later, he arrives on Mars with his aide, Dina Martel (but can he trust her?) and orders the quarrelling factions to the negotiating table. Surprisingly, both workers and management agree on what needs to be done. So who's scheming to disrupt the talks? Who wants Hawkes dead? It will be obvious to readers—though sadly not to the characters themselves—that Red Planet, Inc., and the Earth League have vested interests in maintaining the status quo. Hawkes himself is forceful and appealing if none too bright. As for the rest, Shatner will have to do better than stock situations, hackneyed plotting, and such ludicrous Trekkisms as spaceships with built-in gravity and instantaneous communications between Mars and Earth.