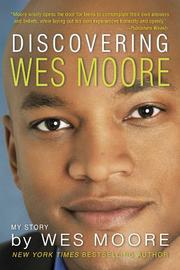 This story, an adaptation for young people of the adult memoir The Other Wes Moore (2008), explores the lives of two young African-American men who share the same name and grew up impoverished on the same inner-city streets but wound up taking completely different paths.

Author Moore grew up with a devoted mother and extended family. After receiving poor grades and falling in with a bad crowd, his family pooled their limited finances to send him to Valley Forge Military Academy, where he found positive role models and became a Corps commander and star athlete. After earning an undergraduate degree, Wes attended Oxford as a Rhodes Scholar. When the author read about the conviction of another Wes Moore for armed robbery and killing a police officer, he wanted to find out how two youths growing up at the same time in the same place could take such divergent paths. The author learns that the other Wes never had the extensive family support, the influential mentors or the lucky breaks he enjoyed. Unfortunately, the other Wes Moore is not introduced until over two-thirds of the way through the narrative. The story of the other Wes is heavily truncated and rushed, as is the author's conclusion, in which he argues earnestly and convincingly that young people can overcome the obstacles in their lives when they make the right choices and accept the support of caring adults.

Though awkward, this adaptation still makes for a hopeful and inspiring story.