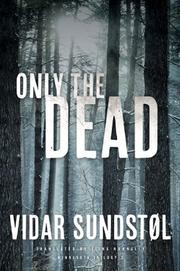 A police officer and his brother play cat and mouse in a frozen forest.

Lance Hansen is still haunted by his last case, a Norwegian tourist found murdered on the shores of Lake Superior (The Land of Dreams, 2013, etc.). Although an Ojibwe man has been arrested, Hansen can't shake his fear that his brother, Andy, is the murderer. Now they're out in the woods together on their annual deer hunt, and Hansen’s mind wanders to the murder and to the fact that he's now unable to dream; he recalls dreams from the past and his childhood with a difficult father. Andy accuses Hansen of breaking into his cottage, and the tension between them escalates to the point that Hansen feels Andy may be planning to kill him. Generations ago, their ancestor Thormod Olson may have killed an Ojibwe, Swamper Caribou, in the same area as the recent murder. The story of Thormod’s desperate struggles alone in a frozen wilderness and how he came to kill Swamper Caribou is told against the background of the present-day deer hunt occurring amid similar circumstances. Although their suspicions and fear of each other harden, Hansen and his brother continue their hunt, carefully keeping track of each other even as Hansen seems to be suspended in a dream world where the past and present merge.

The second in the Minnesota Trilogy, this slim volume is so exquisitely written, lyrically descriptive and mystically mysterious it could stand on its own, but to understand all the nuances it's best read as part of the trilogy.