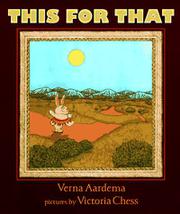 In this Tonga tale from Aardema (The Lonely Lioness and the Ostrich Chicks, p. 1318, etc.), a rabbit connives and trades with her friends for a drink of water, only to discover that a lie ``may travel far, but the truth will overtake it.'' The book opens when Rabbit tries to sneak a drink of water from a hole she didn't help dig. When Lion and Elephant chase Rabbit away, Ostrich offers to share her berries with the rabbit instead. Sneaky Rabbit eats them all, then places the blame on Ostrich, who, to make peace, offers a feather. The trades continue in a similar vein: Rabbit loses a possession through accident or her own manipulations, only to be compensated with something else. In the end, when the others figure out her schemes, Rabbit gets her comeuppance—a kick in the pants. This tale, which first appeared in Aardema's Behind the Back of the Mountain (1973, o.p.), has been rewritten for the picture-book audience; the meandering quality of the original prevails, as does Rabbit's song after each trade. However, the explicit moral included contrasts with the original Tonga tale, which allows readers and listeners to draw their own conclusions as the animals fire a cannon at the deceitful bunny. This rewrite Westernizes the tale as do the illustrations—the portrayal of Africans borders on stereotypical, and the landscape is fairly flat and nondescript—derogating the origins of the material. (Picture book/folklore. 6-10)