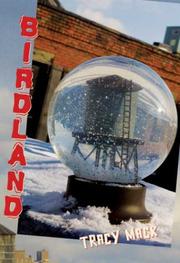 The setting is the star in this moving portrayal of a boy coming to terms with his brother’s death set in New York’s East Village. Mack reveals Joseph’s story gradually: he has developed a speech impediment, his father has become withdrawn, and his Jewish family has renounced religion. Details about Zeke’s life and death from diabetes are also parceled out bit by bit in a beautifully subtle manner. Joseph deals with the loss in several ways, none of which he immediately recognizes as vehicles for processing grief: creating a video documentary of the neighborhood for a school project, inspired by Zeke’s poetry; befriending and ultimately saving the life of a homeless girl he believes also knew Zeke; and simply being himself with his best friend Flyer. Loss, compassion, and forgiveness are primary themes, realistically and sometimes painfully drawn through the interactions of Joseph’s family. This remarkable work culminates with scenes from Joseph’s documentary, signaling the end of his helplessness in the face of his grief and the beginning of his success in dealing with it. (Fiction. 12+)