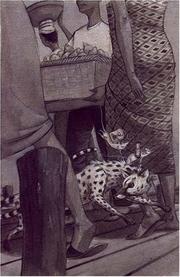 THE REVENGE OF RANDAL REESE-RAT

Though a rational ratriot, Randal Reese-Rat can’t help being jealous and slightly embarrassed at the way Montague Mad-Rat both saved ratkind and stole his fiancé from him in A Rat’s Tale (1986). The wedding of Monty and Isabel is on hold until Aunt Elizabeth can bring cousin Maggie back from Africa, but the story here is not just of revenge, travel, and the rift between elite wharf rats and those rats that do things. No, the fun is in the magnificently ratty details, the subtle wordplay and in the chance to visit ratdom. Beginning in Senegal, with Elizabeth’s search for Maggie and moving away from the wharf and the Mad-Rats helps this sequel to avoid rehashing the original and yet it continues to be true to its antecedents. This is not classic quest fantasy with good versus evil but a more charming and lovable fantasy with bad doings by relatively good rats and good doings by relatively bad ones. Seidler is obviously having a lot of fun, even though the illustrations fail to compete with Marcellino’s originals and the story seems a whisker more scattered and less focused. From the Bronx Zoo to Senegal the animal world coexists cheerily alongside the almost invisible human world. Dormice, pack rats, and even elephants, chimps, and beavers play their part in the denouement as Randal Reese-Rat’s gradual winning of musical Maggie Mad-Rat’s affections impinges on his plans for revenge. Practically singing themselves at times, the lyrics of Maggie’s tunes carry the story forward, along with details of rat life such as feasting on ratatouille and toothbrushes for fur brushing. Loyally and lovably ratty. (Fiction. 8-12)