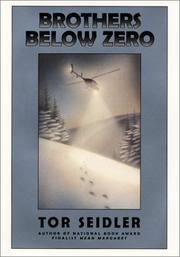 Seidler takes on an age-old story line—jealousy and competition between two dissimilar brothers—and spins it into a survival story with a soft mystical edge. Tim Tuttle, the gentle hero of the novel, is constantly outshone by his younger brother John Henry. In fact, Tim confesses to his Great-aunt Winifred, an eccentric but wise oldster who speaks almost entirely in folksy sayings, John Henry is just naturally “better at everything.” The situation reverses when Tim takes up painting and turns out to have a genuine gift. John Henry is consumed with resentment, so much so that he plays a mean trick on his brother, defacing a portrait Tim painted and then blaming him. Upset because his parents don’t believe his denials and furious that his multitalented brother would “ruin the one thing Tim was good at,” the young artist jumps out his window and into the icy snow below, sustaining a concussion in the process. Here, the story changes gears, going from a low-key family drama to a middling children-in-jeopardy story, as first a dazed Tim, then Tim and John Henry, struggle to stay alive in the freezing cold. The slender novel can’t sustain all the ideas it takes on, and the focus on the parents detracts from the main plot at the end. Still, every child with a brother or sister will be able to relate to the core situation, perhaps learning that comparing oneself to others is as “useless as two tails on a dog” in the process. (Fiction. 8-12)