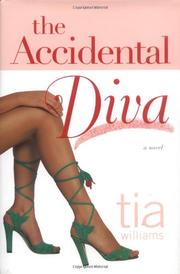 The first thing newcomer Williams—beauty editor at TeenPeople and late of YM, Elle and many another fizzy magazine—makes sure readers know is how easy her beauty editor protagonist Billie has things. Twenty-six-year-old Billie’s perfect buppie life is hardly interrupted by her average day at Du Jour magazine, where she gets swamped in designer product samples, gets invited to parties to launch them, and occasionally writes a few words about said products. Williams knows this world and has it down cold, but, atypically for a roman à clef, doesn’t seem intent on settling scores. The better parts here follow Billie through the downtown Manhattan scene with her strange, spoiled sorority and limn the frisson that’s created as she and her two best friends become successful, upwardly mobile black women in an otherwise lily-white world. Though Williams would have done better to stick to this world and watch Billie find her way through it, she unfortunately slaps a silly romance into the middle of everything. Thus Billie falls head-over in love with Jay, a gorgeous slam poet who came up the hard way in the projects and now has his own off-Broadway hit show—like a lethally talented combination of Savion Glover and DMX. The couple’s love is soured by the fact that Jay has an old girl on the side, a happening hairdresser who, coincidentally, is also the subject of Billie’s next big feature. By the time the soapy climax arrives, any glimmer of verisimilitude has long disappeared.

This is an author who knows a lot about New York—and actually finds a few fresh new ways to look at the overly studied city—but has little of interest to say when it comes to people and love.