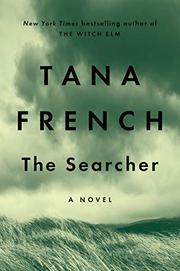 A retired cop takes one last case in this stand-alone novel from the creator of the Dublin Murder Squad.

Originally from North Carolina, Cal Hooper has spent the last 30 years in Chicago. “A small place. A small town in a small country”: That’s what he’s searching for when he moves to the West of Ireland. His daughter is grown, his wife has left him, so Cal is on his own—until a kid named Trey starts hanging around. Trey’s brother is missing. Everyone believes that Brendan has run off just like his father did, but Trey thinks there’s more to the story than just another young man leaving his family behind in search of money and excitement in the city. Trey wants the police detective who just emigrated from America to find out what’s really happened to Brendan. French is deploying a well-worn trope here—in fact, she’s deploying a few. Cal is a new arrival to an insular community, and he’s about to discover that he didn’t leave crime and violence behind when he left the big city. Cal is a complex enough character, though, and it turns out that the mystery he’s trying to solve is less shocking than what he ultimately discovers. French's latest is neither fast-paced nor action-packed, and it has as much to do with Cal’s inner life as it does with finding Brendan. Much of what mystery readers are looking for in terms of action is squeezed into the last third of the novel, and the morally ambiguous ending may be unsatisfying for some. But French’s fans have surely come to expect imperfect allegiance to genre conventions, and the author does, ultimately, deliver plenty of twists, shocking revelations, and truly chilling moments.