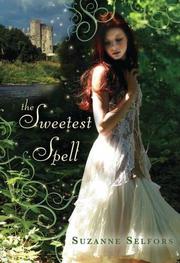 This sweet fairy tale takes readers to an imagined kingdom where there is no justice—and no chocolate, either.

Emmeline was born the lowest of the low in a semimedieval land. She’s a “dirt-scratcher” with a clubfoot, making her an outcast among outcasts. The dirt-scratchers grow the food for the kingdom, yet they themselves mostly starve, never allowed to leave the flatlands. But when a flood wipes them out, Emmeline drifts downriver to a middle-class area, where Owen Oak rescues her. Treated well there despite the prejudice, she learns that she and she alone has a magical ability to make delicious, rare, ultra-expensive chocolate. Once the secret gets out, danger strikes. Kidnapped, Emmeline tries to escape, while Owen tries to find her. When the dissolute, all-powerful king and queen gain control over her, Emmeline finds herself in even more serious trouble. As often occurs in traditional fairy tales, things get rough. People die; words are spoken with hatred; people are turned into slaves and required to fight to the death. The narrative moves along quickly, easily holding readers’ interest, and if the resolution relies on some deus ex machina elements, it also contains a clever twist. The story’s emphasis on freedom, or the lack thereof, and themes supporting equality stand out. With its attractive characters, especially dual narrators Emmeline and Owen, this novel has a power to charm.