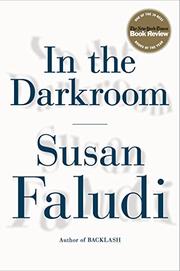 A Pulitzer Prize–winning journalist investigates the “fluidity and binaries” of “modern transsexuality.”

In 2004, after hardly any contact with her father for 25 years, Faludi (The Terror Dream: Fear and Fantasy in Post–9/11 America, 2007, etc.) received an email from her, announcing that she had undergone gender reassignment surgery in Thailand. Steven Faludi was now Stefánie. “I have decided that I have had enough of impersonating a macho aggressive man that I have never been inside,” she explained. Aggression is what her daughter remembered: Steven had been an “imperious patriarch, overbearing and autocratic” during the author's childhood. Now she reached out to her, inviting the author to write her story. The author’s discoveries about her elusive, mysterious, dissembling father are central to this gripping exploration of sexual, national, and ethnic identity. Steven grew up in Hungary in a wealthy Jewish family that owned two apartment houses. After World War I, when the nation lost more than half of its population and landmass in a peace agreement, anti-Semitism surged, intensifying during World War II. To save his parents from extermination, Steven impersonated a member of the violent Arrow Cross and led them to safety. Moving to Brazil and later to the United States, he married and had two children. He was roiled when his wife sued for divorce. “As both European Jew and American Dad,” the author writes, “my father’s manhood had been doubted, distorted, and besmirched.” “Now, as a woman, women like me more,” she said. A professional photographer deft at manipulating images, Stefánie proved just as deft in revising her biography, challenging Faludi to ferret out truths from her many lies. The writer communicated with relatives, her father’s few friends, and surgeon; transgender females, in interviews and memoirs, share their often disturbing life stories.

A moving and penetrating inquiry into manifold struggles for identity, community, and authenticity.