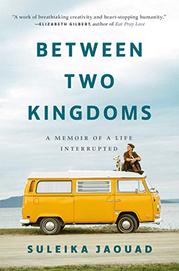 A Memoir of a Life Interrupted

A thoughtful memoir of dealing with cancer and feeling “at sea, close to sinking, grasping at anything that might buoy me.”

“It began with an itch.” So commences a story whose trajectory is sadly familiar to many survivors. Jaouad, then a student at Princeton, attributed it to some internal pest. “As my energy evaporated and the itch intensified,” she writes, “I told myself it was because the parasite’s appetite was growing. But deep down, I doubted there ever was a parasite. I began to wonder if the real problem was me.” The problem was not her, though the post-graduation ambit of cocaine- and alcohol-filled nights didn’t help. Eventually, home after living in Paris, the author learned the truth: She had a form of cancer that affects the blood and bone marrow, manifested by that itching and fatigue that no amount of coffee or uppers could overcome, “not evidence of partying too hard or an inability to cut it in the real world, but something concrete, something utterable that I could wrap my tongue around.” Battling her advanced leukemia, Jaouad also wrestled with complicated issues about mortality and hope. Fortunately, all the endless hours in hospitals and clinics, all the chemotherapy and psychological therapy and bloodwork and anguish resulted in her continued habitation of the kingdom of earth—though not all of her fellow travelers were as fortunate. While still being treated and advised against traveling, she took a friend’s ashes to India, “a first exercise in confronting my ghosts.” The trip was also part of a program of lifting her vision from the intensely self-focused back to the larger world, which set her on a rehabilitative road trip and the memorable realization that “it all can be lost in a moment,” good reason to enjoy life while you can.

Memorable, lyrical, and ultimately hopeful: a book that speaks intently to anyone who suffers from illness and loss.