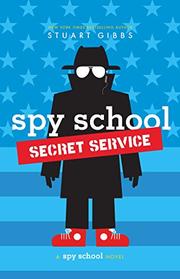 From the Spy School series, volume 5

Only a few months after accidently blowing up the principal’s office at the CIA Academy of Espionage, 13-year-old Benjamin Ripley is back with another explosive assignment, and the stakes couldn’t be any higher.

With reliable intel that the evil organization SPYDER is plotting an assassination attempt against the president of the United States, Ben is handpicked to go undercover as a friend of the president’s son to stop the attack before it happens. In keeping with Spy School adventures past, nothing ever goes quite as planned, and Ben and his agent-in-training classmates find themselves embroiled in a high-stakes and hilarious secret operation to save the leader of the free world. While Gibbs largely sticks to the formula that readers have come to know and love, the setting takes on added importance in this installment, keeping the story fresh and adding depth to the otherwise lighthearted spy romp. As it’s peppered with entertaining historical trivia, readers may even learn a thing or two as they follow Ben from one Washington, D.C., landmark to the next. While Ben is white and the rest of the cast lacks significant racial diversity, their individual quirks and humor will likely appeal to middle-grade readers. Strong female characters like Ben’s crush, superspy-in-training Erica Hale, add a gender balance and strengthen the story.

This is espionage well worth uncovering.