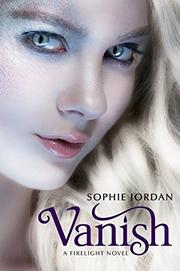 From the Firelight series, volume 2

What’s a dragon-girl to do when she’s in love with a boy who hunts dragons?

In this first sequel to Jordon’s Firelight (2010), Jacinda and her family return to the hidden mountain home of the draki “pride.” Her twin sister, Tamra, finally manifests into a draki that can cloud humans’ minds, making her as valuable to the pride as Jacinda with her fire-breathing ability. However, their mother and, especially, Jacinda face punishment for the infractions they’ve committed. Jacinda decides to take her lumps, try to fit in again and forget her heartthrob Will—until Will shows up in town (you knew they’d meet again somehow). Meanwhile, Jacinda also finds herself reluctantly attracted to Cassian, the young draki prince Tamra loves. Although the romantic entanglements fit the usual romance-novel pattern, the author manages to keep suspense high with thrilling fights and several escapes. Additionally, she touches on a theme of freedom versus authoritarianism within the essentially dictatorial draki society. Despite the fact that it’s the second in a series, this installment stands on its own quite well. The author manages to explain the essentials from the previous plot without taking up too much space. Staple genre plot points abound, such as the impossibly handsome love interest and star-crossing impediments to love. Characterizations work well despite this.