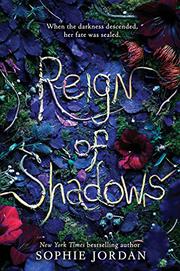 Born on the eve of a now seemingly perpetual eclipse, Luna has spent her 17 years in darkness; alone with two loyal retainers in a remote tower, she hides from both the monstrous “dark dwellers” and the power-mad chancellor who murdered her royal parents. Everything changes after she rescues a few wanderers from Outside, including Fowler, a bitter youth particularly adept at survival. Once her sanctuary is discovered, Luna flees with Fowler, who longs to be rid of her while harboring sinister secrets of his own. Luna and Fowler alternate painfully florid narration of their journey through a far-fetched world where “everything is bleakness and death.” Fowler is an archetypical brooding hero; his cynical, callous exterior merely shields a heart bruised by his traumatic past. Luna, while laudably confident and competent (despite the disability she’s unaware of till he tells her about it), is also superspecial, flawlessly compassionate, and noble, with senses so implausibly acute that she almost totally compensates for it. Their inevitable romance is swoony, angst-y, and (discreetly) consummated, leading all too predictably to tedious misunderstandings, feckless self-sacrifices, and an abrupt, over-the-top cliffhanger that may inspire eye-rolls from even the most fervent devotees of the genre.

All the standard tropes and clichés, only ever-so-much more so.