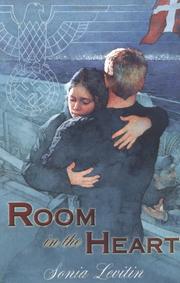 ROOM IN THE HEART

A solid historical novel explores the Nazi occupation of Denmark, from the night it begins to the extraordinary boatlift that saved some 7,000 of the country’s 8,000 Jews. Alternating third-person narrations focus on Jewish Julie and Christian Niels, the older brother of Julie’s best friend. The two young people—Julie is 13 at the beginning, Niels, 15—undergo a parallel politicization, Julie learning of Nazi atrocities through the underground leaflets Niels delivers as his part of the Danish Resistance effort. The lead-up to the boatlift spreads over three years and occupies fully half the story, taking a deliberate pace that highlights the tensions of occupied Denmark. Less successful than the primary narrative are the diary entries of Niels’s older sister (a terribly self-conscious budding writer), as well as an unfortunate tendency to write in set-pieces. But when the story moves into the two days of crisis that precede the evacuation of the Jews, the tension ratchets up so effectively that readers will be on the edges of their seats, historical fact having become immediate textual present. (Fiction. 12-15)