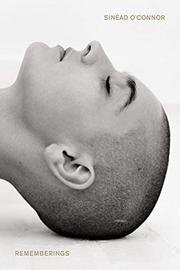 The Grammy-winning Irish singer/songwriter looks back on her eventful life.

Promising candor and clarity, O’Connor (b. 1966) opens with a caveat that her story only details lucid periods of her life when she was psychologically “present.” Omitting hazy years in which she drifted off “somewhere else inside myself”—material some readers may wish she included—the author shares pivotal milestones (raising four children) and entertaining anecdotes. O’Connor vividly recalls an abusive Catholic childhood in Dublin with a cruel, unstable mother. As a rebellious teenager, she was sent to a reform asylum, where her love for music became the ultimate refuge, leading to band gigs and eventually a record deal in London in 1985. The Lion and the Cobra achieved gold status, and O’Connor describes the development of her persona: shaved head, baggy clothing, and stormy, antagonistic, always forthright demeanor. The author addresses her mental health challenges and experimentation with sex and drugs (“In the locked ward where they put you if you’re suicidal, there’s more class A drugs than in Shane MacGowan’s dressing room”) as well as two iconic moments in her career: her smash-hit cover of the Prince-penned “Nothing Compares 2 U” and her notorious performance on Saturday Night Live in 1992, when she ripped up a photo of Pope John Paul II. “A lot of people say or think that tearing up the pope’s photo derailed my career. That’s not how I feel about it,” she writes. Rather, it allowed her to return to her roots as a live performer instead of remaining on the pop-star trajectory (“you have to be a good girl for that”). In cathartic sections, O’Connor considers the era leading up to that appearance as a personal death, with the years following a kind of “rebirth.” Though she touches on her agoraphobia and later psychological issues, with which many of her fans will be familiar, the final third of the memoir sputters somewhat, growing less revelatory than earlier passages.

A self-aware confessional from a successful and controversial musician.