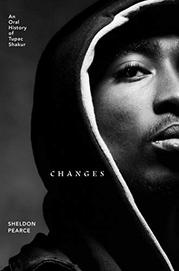 An Oral History of Tupac Shakur

There’s a Tupac Shakur–sized hole in the middle of this compelling oral history about the revered rapper and actor and his legacy—and that’s by design.

Pearce, a music writer and editor at the New Yorker, wanted to use only new interviews for the project, which means that the words of the late rapper and Juice actor don’t appear much in a book about him, aside from the occasional footnote. For various other reasons, his family and inner circle don’t say much either. Conspicuously missing are conversations with his Black Panther mother Afeni Shakur or Death Row Records co-founder Suge Knight. Instead, we hear from people who know parts of Shakur’s story, including teachers, friends from early in his career, and reporters and authors. Their insights are more about Shakur the man rather than 2Pac the myth: his quick temper and heartfelt apologies, loyalty and paranoia, and well-documented work ethic. But they pale in comparison to Shakur’s work and the way he has previously described his life and art with his own charismatic delivery. As Pearce writes in the author’s note, “it quickly became a balancing act: Where to provide insight versus where to provide clarity?” The success of that balancing act will depend on the reader. Shakur fans looking for new details about how their hero approached his biggest albums and movie roles won’t find much new here. However, Pearce’s interviews provide interesting background on the East Coast–West Coast rap rivalry and offer more clarity about who may have killed Shakur in Las Vegas in 1996 at age 25—even though no formal charges have ever been filed. Those are the times when this book feels like essential Tupac reading rather than a nice supplement.