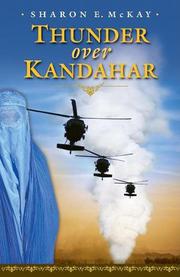 This suspenseful tale of two young women on their own in modern Afghanistan makes riveting reading. Having spent most of her 14 years in England, bookish Yasmine chafes at the restrictions forced on her when her idealistic, university-educated parents bring her to a secluded village. Though Yasmine does meet Tamanna, a friendly young neighbor, she is confined to the house and, until Taliban ruffians arrive to shut it down, a newly built school. Then both of Yasmine’s parents are shot in a drive-by and evacuated to Kandahar, leaving her—and Tamanna, whose brutal uncle has tried and failed to sell her into marriage—in serious danger. They resolve on a desperate stratagem, slipping away not toward Kandahar as their pursuers would expect, but cross country to the Pakistan border. Well stocked with credible cultural detail and enhanced by black-and-white chapter-head photos, their high-tension odyssey leads to a violent climax and an aftermath marked by surprising twists. Readers will be caught up—though it's so misanthropic that many will wonder how anyone, especially women, could tolerate living in that country. (glossary, timeline) (Fiction. 11-13)