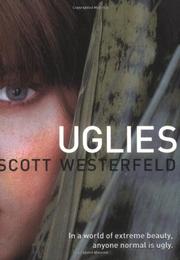 From the Uglies series, volume 1

With a beginning and ending that pack hefty punches, this introduction to a dystopic future promises an exciting series.

Tally is almost 16 and breathlessly eager: On her birthday, like everyone else, she’ll undergo extensive surgery to become a Pretty. She’s only known life as an Ugly (everyone’s considered hideous before surgery), whereas after she “turns,” she’ll have the huge eyes, perfect skin, and new bone structure that biology and evolution have determined to be objectively beautiful. New Pretties party all day long. But when friend Shay escapes to join a possibly mythical band of outsiders avoiding surgery, Tally follows—not from choice but because the secret police force her. Tally inflicts betrayal after betrayal, which dominates the theme for the midsection; by the end, the nature of this dystopia is front and center and Tally—trying to set things right—takes a stunning leap of faith.

Some heavy-handedness, but the awesome ending thrills with potential.