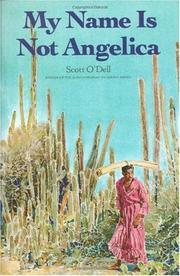 MY NAME IS NOT ANGELICA

A 16-year-old slave gift witnesses the 1733 rebellion of slaves against Dutch planters in the Virgin Islands. Raisha, daughter of a powerful tribal counselor, and her fiancé, Prince Konje, are sold into slavery by a rival tribe. Raisha becomes the body slave of a plantation owner's wife, who renames her Angelica because of her sweet smile. Hit by drought and hurricanes, the struggling owners enforce long hours, provide rotten food, and cruelly punish even small infractions. Many slaves, including Konje, join a runaway camp; every night their drums tell of the coming rebellion. But when Raisha joins the rebels, she finds them starving and almost weaponless. Eventually, French troops summoned from Martinique trap the slaves, who all—except Raisha—choose to jump from the sea cliffs rather than return to slavery. On Martinique, Raisha bears Konje's child and gains her freedom. There are about five stories here, each overly brief and sparsely told. Konje is transformed from a spoiled, immature prince to a rebel leader without a single scene of character growth. The plantation owners are one-dimensionally crude and cruel. There are glimpses of intriguing, sumptuous African kingdoms and moments of compelling drama, as when Raisha witnesses the death of a fellow slave; but the story needs more substance to capture the appetites of young readers for this chapter in history.