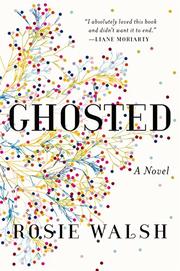 In Walsh’s American debut, a woman desperately tries to find out why the man she spent a whirlwind week with never called.

Sarah has just separated from her American husband and is visiting her hometown in England when she meets Eddie. He’s kind and charming, and although they only spend one week together, she falls in love. When he has to leave for a trip, she knows they’ll keep in touch—they’re already making plans for the rest of their lives. But then Eddie never calls, and Sarah’s increasingly frantic efforts to contact him are fruitless. Is he hurt? Is he dead? As her friends tell her, there’s a far greater likelihood that he’s just blowing her off—she’s been ghosted. After trying to track Eddie down at a football game, Sarah starts to become ashamed of herself—after all, she’s almost 40 years old and she’s essentially stalking a man who never called her. But as Sarah slowly learns, she and Eddie didn’t actually meet randomly—they both have a connection to an accident that happened years ago, and it may have something to do with why he disappeared. The tension quickly amps up as the secrets of Eddie’s and Sarah’s pasts are revealed, and the truth behind their connection is genuinely surprising and heartbreaking. The barriers between Sarah and Eddie seem insurmountable at times, and although their issues are resolved in a tidy manner, the emotions behind their actions are always believable. Walsh has created a deeply moving romance with an intriguing mystery and a touching portrait of grief at its heart.